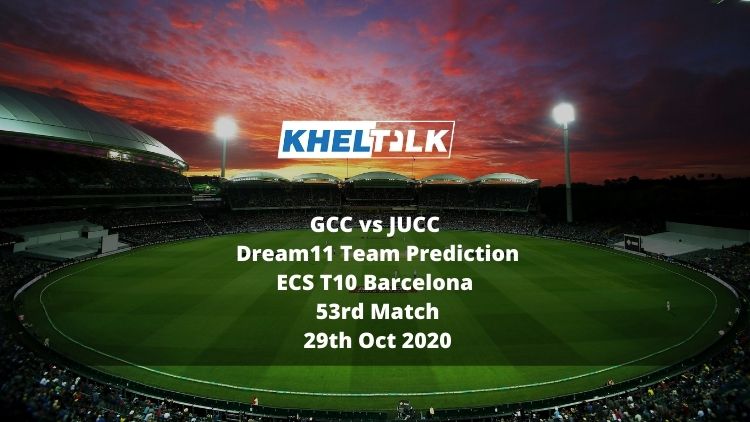 According to CK vs OEI Dream11 Prediction for Today’s Match Fantasy Cricket, Coimbra Knights will take on Oeiras in the 18th match of the ECS T10 Portugal on Thursday, 15th April, at the Estádio Municipal de Miranda, do Corvo, Keep reading to find out about the ECS-T10 Portugal Match 18 CK vs OEI Dream11 team today.

The Coimbra Knights have struggled with both bat as well as with the ball and had a bad start to the tournament. So far, they have won just one game out of four they have played. The last game they lost was against Miranda Dragons.

Meanwhile, Oeiras would be a bit satisfied with their decent run in the tournament with two wins from four games. They thrashed the Indian Royals by five wickets in their last encounter and are favorites to win their upcoming encounter.

Here are the stats for the teams CK vs OEI

The surface is expected to act a bit difficult for the batsmen and any score above 90 will surely be competitive and not easy to chase. Teams winning the toss will look to bat first at the venue.

Comparing both the teams, boast a power-packed batting unit, so make sure you pick more players from the side. Go with the combination of 6:5.

Coimbra Knights will surely come up with some changes as this will be their second back-to-back game against the same opposition. Few players might take a rest for this game.

Oeiras will surely step up with the strongest lineup but even take can give some players rest so that they can perform in other fixtures.

Pedro Madeira is the highest run-getter for Coimbra Knights so far. He has got 48 runs in two innings at a strike rate of 137.14 including three four and 2 sixes.

Krut Patel is an important player for the side and will surely not miss any of the games for Oeiras. So far, he has smashed 93 runs in four innings at a strike of 143.07 along with three wickets to his name.

C Greenshields has continuously troubled the batsmen with his variations and has chipped five wickets in four innings at an economy of 7.00 for Oeiras. Don’t miss him out

Chris Redhead has chipped maximum wickets for Coimbra Knights. Playing four games, he has bagged 8 wickets at an economy of 7.75.

Who Will Win Today Between CK vs OEI Dream11 Prediction, 18th Match?

According to Kheltalk’s astrology OEI vs CK Dream11 match Prediction, the CK will win the match. The Coimbra Knights have good some great talents in their side with the likes of T Madeira and C Redhead. Knights are capable of troubling any side in the tournament and will put in all the efforts to beat the favorites one.

According to Kheltalk’s OEI vs CK Dream11 toss prediction, CK will win the toss and will opt to bat first as the chase gets a bit difficult at this venue.