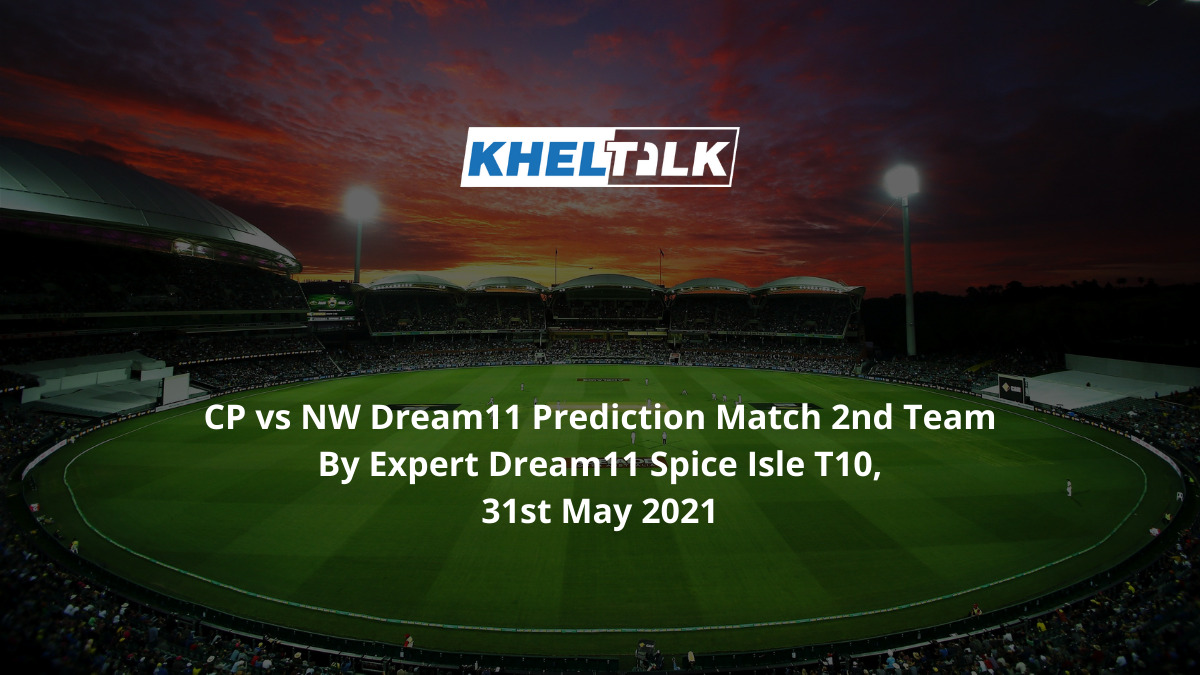 According to CP vs NW Dream11 Prediction for Today’s Match Fantasy Cricket. Cinnamon Pacers will take on against Nutmeg Warriors in Match 2 of the Dream11 Spice Isle T10 on Monday, May 31, 2021, at the National Cricket Ground. Keep reading to find out about the Match 2 CP vs NW Dream11 team today.

Cinnamon Pacers and Butmeg Warriors would lock horns for the first time in the second game of the Dream11 Spice Isle T10. Andre Fletcher will be seen leading the Warriors side, meanwhile Micah Narine has responsibilities to lead Cinnamon Pacers.

The surface at National Cricket Ground will be supportive to the batsmen, and pacers will also have some assistance from the pitch.

The temperature is expected to be around 27 degrees with humidity around 80%. No chance of rain at all.

H Campbell and J Hazzard will open the innings, followed by A Athanze, K Andrew. Micah Narine and Javel St Paul will look after the middle order, while Lewis will be send for late hitting. Chad Charles, Edmund and Williams will lead the bowling department.

A Fletcher and S Charles will open the innings for Warriors, A Alexix and N Francois at number 3 and 4 respectively. McDonald, Hayling nad Simon would take care of the middle order, while Jackson will be asked for some late hitting. Murry, Cyrus and Andrew are there fore the bowling attack.

CP would be relying on their opening batsmen Heron Campbell for the game against Warriors.

Warriors’ skipper A Fletcher would step up with a lot of responsibility on his shoulders. In 45 T20Is for West Indies, he has hammered 823 runs including six half-centuries. He will be one of the top picks in Dream11 Prediction.

Pacers captain Micah Narine can turn out to be one of the most valuable all-rounders in the upcoming game. Don’t miss him out.

Dane Murray has a great record in the shorter format. He will surely deliver for Nutmeg and help you earn points in your fantasy team.

Who Will Win Today Between CP vs NW Dream11 Prediction, Match 2nd?

According to Kheltalk’s astrology CP vs NW Dream11 match Prediction, NW will win this game because they have a powerful batting unit and decent bowling attack when compared with the oppostion.

According to Kheltalk’s CP vs NW Dream11 toss prediction, NW is likely to bat first here. The team batting first has more chance to notch the game.

Disclaimer: Fantasy Cricket is a game of skill and luck is also very much important to win the grand league in dream11 or an