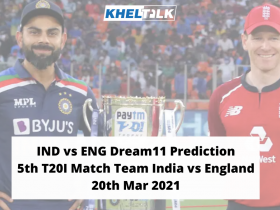 This is a final chance for any team to defeat the Plunket Shield winners Canterbury in this tournament and the task fall to Central Stags here, who will also play their final match of the season. While Stags’ batters had failed to gather partnerships, they will be disheartened even more to lose matches because of rain and bad light. They are one of the teams to be affected by the weather here and thus, this match will see an hour early start to avoid bad light. The team is coming into this match after losing to Otago, who had the total support from their bowlers in the contest.

For Canterbury, this is more of a routine match, something they would want to get through as early as possible to get their hands on the trophy. The team will welcome back some of their regulars to the team, making it even more difficult for the Stags.

Here are the stats for the teams CS vs CTB:-

The pitch usually bowling friendly and in the only match that had happened at this venue in this tournament, Central Stags won over Wellington with ease and in all four innings, bowlers had dominated the game. A total of 39 wickets fell on four days. There will not be much difference here as well.

We will have a cloudy day on Thursday here. The weather will be cold and will be a good one for the game of cricket. There is no chance of rain here. Other days, the forecast says that there will be sun peeping out for the first time in weeks and it is certainly good news for cricket fans.

After a couple of rainy days, Napier will see a good climate on Saturday with the clouds dominating the sun. While we are going to have a bright Sunday, it is going to be a difficult session on Monday as rains are on cards. All will come down to the drainage facility at Napier to keep the match going, and of course, the bad light will be a concern in evening here.

The best team in the competition will be boosted even more by the return of their stalwarts including Tom Latham, Henry Nicolls among others. However, all eyes will be on the keeper Cam Fletcher who is having an excellent tournament at the moment.

The team had announced three changes for the game. Ajaz Patel is back into the team after the birth of his daughter. Chris Leopard and Dudding have been included here with Lennox missing out the cut. The team will also miss the services of Bracewell here.

Here are a few predictions for the captain pick for the CS vs CTB clash.

Henry Nicholls is back in the team after the national duty and will be playing this game here. He has an average close to 64 in the tournament and has a couple of fifties from his three innings and will be the player to watch out for here as he is very good against the pacers.

Cam Fletcher is the leading run-scorer for his team. With an average close to 85, Fletcher has dominated the bowlers with 421 runs in the tournament. He also has been excellent behind the stumps, has 10 digs to his name.

Dan Cleaver is yet another wicket-keeper who has turned things around for his team with the bat. He has 350 runs to his name and will be the team’s go-to man in the contest. He also has 18 catches to his name. He also has a good record against the same opponent.

Nobody has more wickets than Will Williams among these two teams. Williams has picked up 28 wickets with a couple of fifers to his name. He is also very useful down the order and can add important runs with the bat.

The skipper is having a decent tournament so far and will be keen to convert his starts to a big score here. He averages close to 32 and has three fifties to his name.

After leading New Zealand to a successful series victory over Bangladesh in the absence of Kane Williamson, Tom Latham will be back to Canterbury for this game and he undoubtedly is the must-have pick from Canterbury.

Here is the Dream 11 Team prediction for CS vs CTB. We are going with players who are currently in good form and can win the match with ease.

Head To Head Team For Central Stags vs Canterbury Cricket

Who Will Win Today Between CS vs CTB Dream11 Prediction, 23rd match?

According to Kheltalk’s astrology CS vs CTB Dream11 match Prediction, CTB will win the match. Undoubtedly they are the best team in the tournament and have already won their previous contest against the same team. Also, CTB will see the return of some of their best players here.

According to Kheltalk’s CS vs CTB Dream11 toss prediction, CS will win the toss and ask CTB to bat first. Since CS has a good record while batting second, we can expect them to opt for chasing here.