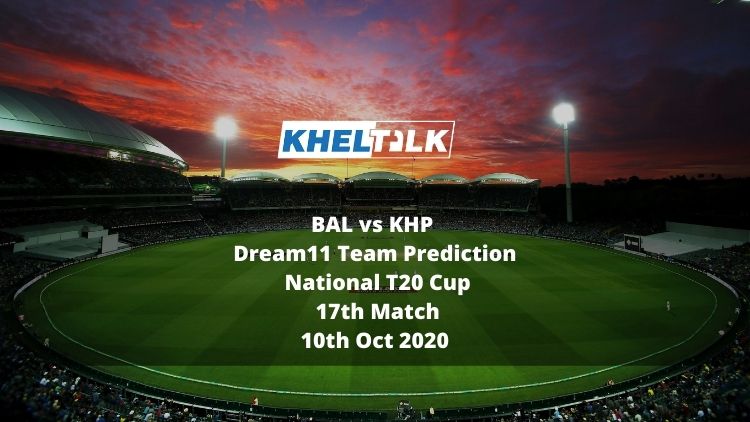 Chennai Super Kings began their tournament poorly by going down to Delhi Capitals but since then, the team has managed to find their rhythm to go back in years and to perform like the CSK team we all know for years. There is a lot of confidence in the team at the moment and they have won their last three matches in a row.

On the other hand, Royal Challengers Bangalore are the best team in the tournament so far. They are still unbeaten and are at the top of the table with four wins in a row. No team has won 5-0 since Rajasthan Royals in the 2015 edition.

Talking about their head to head, both teams have played 26 times and CSK have won 16 times while RCB have won 9 times. In the last five matches, CSK have managed to win three times.

Almost every single match at this venue is a high-scoring one. However, a few matches like the one we witnessed yesterday had teams destroy themselves due to the misjudgement of the pace. Thus, the bowlers with good variations will have a good outing today. Especially, medium pacers. Also, five out of the first eight games are won by the team chasing at this venue. Chennai Super Kings, however, have managed to defend totals comfortably, twice, here.

We will witness a sunny day in Mumbai on Sunday. The temperature will be around 33 degrees Celcius and it is likely to stay that way during the beginning of the match. However, according to the forecast, the weather is likely to cool down and the sun will be wrapped behind the clouds during the evening. One can expect the teams to go for chasing here because of the climate.

Suresh Raina, Moeen Ali, Glenn Maxwell, Devdutt Padikkal makes it to the must-have picks list while Kyle Jamieson and Deepak Chahar are the best picks from the bowling unit. One can expect the pacers to dominate here.

RCB are doing well at the moment and there is no reason for them to change the line-up. They are likely to go in with more number of pacers here and are likely to trouble the CSK batters with short balls. The team’s middle-order have struggled with the same compared to other deliveries.

The team will be going in with the same line-up here. Dhoni usually doesn’t change his team much. Jason Behrendorff is still in quarantine and will be joining the team only by 26th April. Until then, the team is likely to go in with Lungi Ngidi.

Faf du Plessis is in good form at the moment and will be the key player from CSK in this contest. In the last match, he had 95* from just 60 deliveries. Though he didn’t fire against RCB in the last season, one can trust him to come up with something special today.

Glenn Maxwell has contributed with the bat in this season more than his previous editions. He is in good touch at the moment and is one of the leading run-scorers for RCB here. He so far has 176 runs from 3 innings while averaging close to 60.

Moeen Ali has been a revelation in this season. He is among wickets and also has managed to grab quick runs. He so far has 133 runs and 4 wickets in the tournament and is likely to bat up the order once again. He has one of the highest strike rates against spinners here, 183.

Nobody has more runs against CSK than Virat Kohli. He has 901 runs against CSK. Once again, he will begin this contest as one of the favourite choices for captain in the fantasy team. In this edition, he has 143 runs with the best of 72*.

Devdutt Padikkal enjoyed pace at this venue and went on to score the fastest ton by an uncapped player in his last outing. Once again, he will look to dominate in this contest.

Jadeja has picked Maxwell five times here. The latter averages just 11.6 against Jadeja. This is an interesting battle to look forward to.

Here is the Dream 11 Team prediction for CSK vs RCB. We are going with players who are currently in good form and can win the match with ease.

Who Will Win Today Between CSK vs RCB Dream11 Prediction, Match 19

According to Kheltalk’s astrology CSK vs RCB Dream11 match Prediction, RCB will win the match. While this match is likely to be a close one, an edge-of-the-seat thriller, RCB is likely to dominate CSK here. Compared to CSK, RCB has a well-balanced side at the moment and their pacers will be the key in this contest.