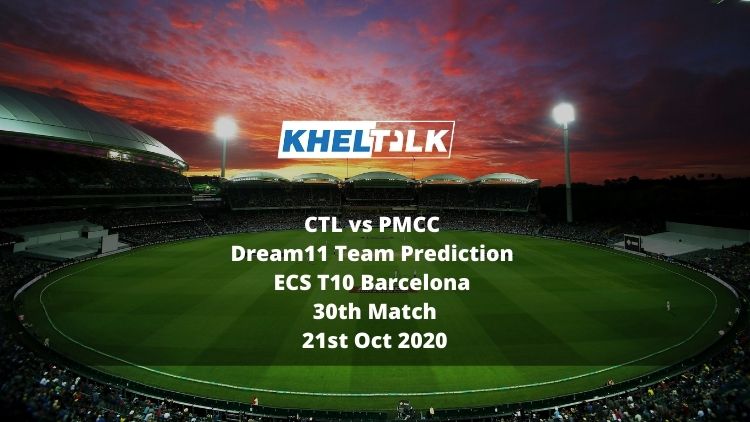 The 30th fixture of ECS T10 Barcelona will be played between Catalunya CC and Pak Montcada CC. At present, Catalunya is in the second position with three wins from three games, whereas, Pak Montcada grabs the 4th spot with the victory in their opening game.

The match is scheduled to be played at Montjuic Ground Barcelona on 21st October 2020 around 2:30 PM.

The surface at Montjuic offers equal assistance to the batsmen and the bowlers. And, the team winning the toss is most likely to opt bat first as the pitch gets slower in the second innings. Meanwhile, the spinners will play a key role in the outcome of the match.

P Dhiman was seen hitting the ball at a strike rate of 150.00. He has made this clear that he can not be taken lightly and can surely be troubling for the ballers.

Catalunyan star M Khan shouldn’t be kept off the team. He was destructive with his bat and is again likely to ruin the bowler’s economy. Hitting at a strike rate of 189.47, he is the best choice as the captain and vice-captain as well.

I Hussain and I Ali impressed everyone with their economy rate in his first game. Both the players seemed in good touch and are likely to showcase a similar performance in the second game.

S Latif can be another important asset for Catalunya. Having an outstanding strike rate of 260.87, he can be seen hitting all the balls off the boundaries.

CTL vs PMCC Dream11 Prediction: Who will win the match

It would not be easy for Pak Montcada to demolish the winning momentum of Catalunya, to do so they would have to step up with multiple plans in the game. For me, Catalunya is on the superior side and will notch the victory.