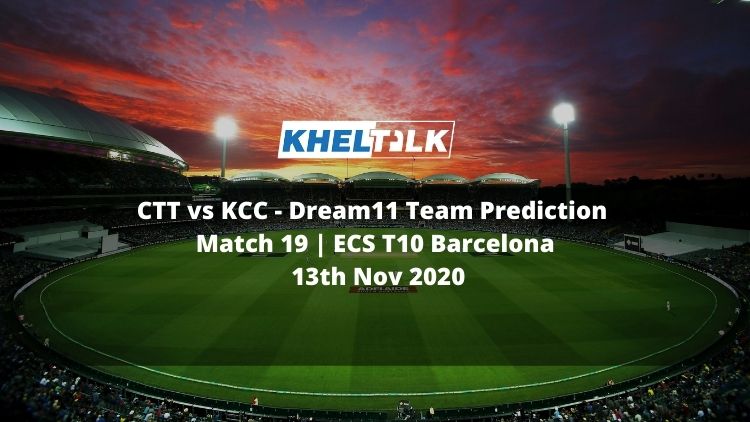 Three close matches and two wins. This has been the story of the defending champions so far in this year’s IPL. After losing to Royal Challengers Bangalore in the first match, Mumbai has done well to come back, win the next two. In both the matches, the team was successful while batting first and this could be the story in this contest as well. One can expect Mumbai to rely on their spinners once again as they have produced fruitful results, especially, Rahul Chahar.

On the other hand, Delhi Capitals began their tournament with a massive win over Chennai Super Kings but went on to lose their next match against Rajasthan Royals before bouncing back to win their last match against Punjab Kings. In both their wins, Shikhar Dhawan was the stand-out performer.

Chennai’s Chepauk Stadium has provided support to slow-bowling and to those with good variations. Spinners are likely to make an impact once again and the average close at this venue is 164. While most of the matches has been a low-scoring one, Sunday’s contest witnessed RCB scoring over 200 with ease. So, one can expect the pitch to act a little bit in favour of batters. Both teams would look to bat first at this venue as the chasing gets difficult during the 2nd innings of the play.

Yet another hot and humid day awaits us at Chepauk today. According to the forecast, the temperature is likely to be around 33 degrees Celcius at 12 PM and is likely to fall to 29 degrees Celcius during the time of the play. However, it is going to be hot with 78 per cent humidity. There is a chance of dew during the second innings of the play and might influence the bowling.

Since both teams have a good batting line-up, it’s good to go with more number of batters here. Also, make sure to add more number of spinners to your line-up. Suryakumar Yadav, Quinton de Kock, Shikhar Dhawan, Rohit Sharma, Rahul Chahar are some of the mandatory picks for the fantasy team.

Delhi is likely to go in with the same playing eleven in this contest. The team had dropped Tom Curran and had picked Steve Smith instead in the last match. The team is likely to stick with Smith for this game as well. One other change might be, the team would look to play Amit Mishra here as this is a spin-friendly track.

Mumbai Indians have one of the best bowling attacks in the tournament and it will be interesting to see how they go against Dhawan, who is in excellent form at the moment. In the last match, Mumbai played Adam Milne, who didn’t do well. They might give him an another go but again, there is a huge chance that they might go in with James Neesham or Nathan Coulter-Nile as they will give an extra option for batting.

Rohit Sharma has had starts in all the games so far but couldn’t convert them to a big score. He so far has 94 runs with a strike rate just above 130. He is in 2nd spot in the all-time run scorers against Delhi Capitals, has 633 runs, which makes a compelling case. He had a half-century against DC in their first H2H last year.

Quinton de Kock is yet to get into the groove here but can be backed for a good performance because of the record against Delhi Capitals. The South African keeper has scored 42 runs so far in this tournament and has a strike rate close to 94. This could be his day. Also, in the last year’s final against the same team, he smashed a half-century to take Mumbai to yet another trophy.

Suryakumar Yadav is just too good to be missed out here. He has been one of the best performers for Mumbai Indians and he is likely to come around today as well. He so far has 97 runs with a strike rate close to 150 at the moment.

Krunal Pandya and Rahul Chahar have been the backbone of bowling for Mumbai Indians at Chepauk and once again, they will hold the key. It all depends on how they go in the mid-overs. They have 10 wickets among them with an economy rate close to eight.

All eyes will be on the duo Avesh Khan and Chris Woakes who are excellent with the new ball and has managed to grab early wickets for the team. Avesh Khan has six wickets while Chris Woakes has picked up five. The latter can also contribute with the bat.

Here is the Dream 11 Team prediction for DC vs MI. We are going with players who are currently in good form and can win the match with ease.

Head To Head Team For Mumbai Indians vs Delhi Capitals

Who Will Win Today Between DC vs MI Dream11 Prediction, Match 13?

According to Kheltalk’s astrology DC vs MI Dream11 match Prediction, MI will win the match. The defending champions have an excellent record against Delhi and have won their last four meetings. One can expect them to dominate in this match as well. Also, this will be the first match for DC at this venue while MI has played all their matches here which is also one of the defining factors here.

According to Kheltalk’s DC vs MI Dream11 toss prediction, MI will win the toss and opt to bat first. Since Mumbai Indians have tasted success while batting first, one can expect them to opt to bat first here. Also, the wicket is likely to become sticky during the second innings which will help the spinners well.