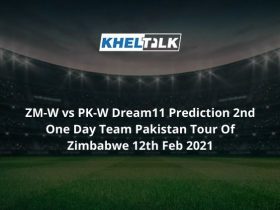 The surface at Garden Oval has been supportive to the batsmen and the bowlers equally. A huge total is expected at this venue.

Meanwhile, WCC played their last game against SD and while chasing down a mammoth total of 287, WCC found themselves struggling in the middle and were restricted for 249 runs.

Darwin Cricket Club lost their previous game against Pint Cricket Club while chasing down 210 runs on the board. Unfortunately, they fell short by 4 runs. They might not make any changes to their last combination.

A Umpherston has turned out to be impactful for Waratah. He has smashed 66 runs and has bagged four wickets in the tournament so far.

B Webster has been delivering well for Darwin Cricket Club. He is yet to play for Darwin in this tournament but might show up for the next game. Don’t miss him out.

Dylan Hunter is one reliable all-rounder from Waratah and has contributed well with both bat and ball. He has scored 110 runs and has chipped four wickets so far.

Isaac Conway has been consistent for Waratah Cricket Club and has hammered 134 runs in the tournament so far.

Here is the Dream 11 Team prediction for DDC vs WCC. We are going with players who are currently in good form and can win the match with ease.

Head To Head Team For DDC vs WCC

Who Will Win Today Between DDC vs WCC Dream11 Prediction, Match 8?

According to Kheltalk’s astrology DDC vs WCC Dream11 match Prediction, WCC will win the match. Waratah has already thrashed them thrice and will will be looking fowrard to for a similar result the fourth time. They are even stronger side on papers.

According to Kheltalk’s DDC vs WCC Dream11 toss prediction, WCC will win the toss and opt to bat first. They will be looking to post a huge score as chase gets difficlt at this venue.