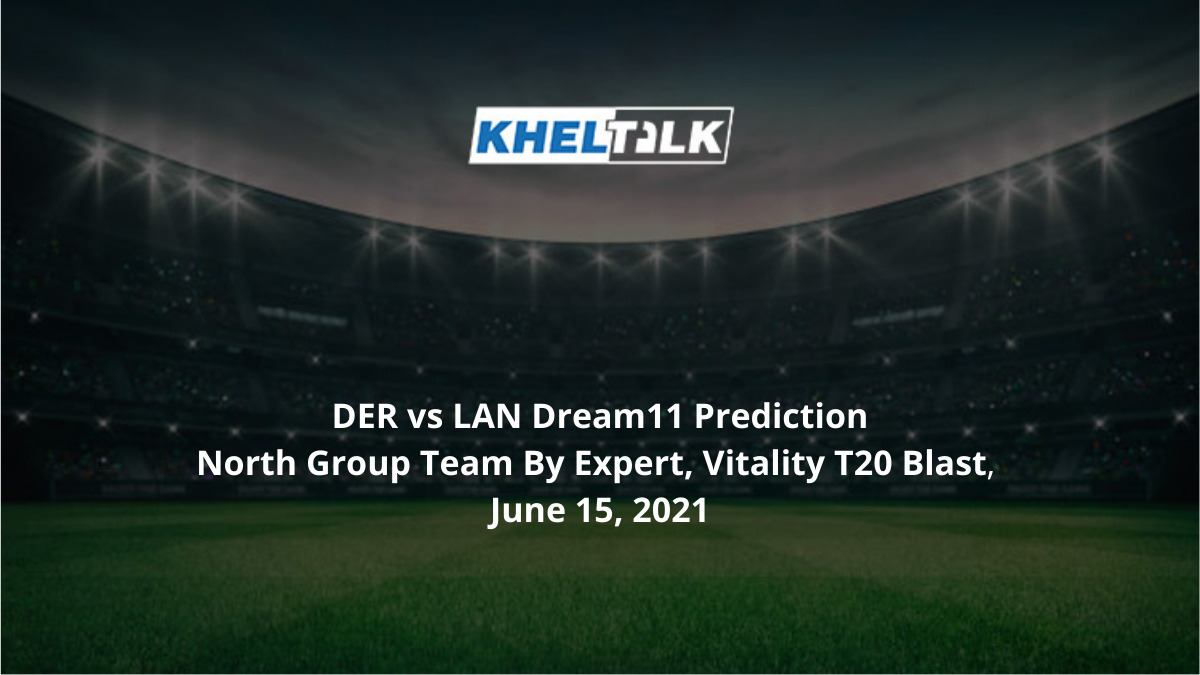 Derbyshire and Lancashire will be locking horns in the reverse fixture in the tournament today. When these two met earlier, Lancashire had chased down 169 runs in the 20th over and went on to win the match by six wickets.

After that contest, Derbyshire went on to win their first match against Leicestershire and then went down to Birmingham Bears. With a win and a couple of losses, the team is currently in the sixth position.

Lancashire, on the other hand, went on to defeat Leicestershire in their 2nd match. However, the team had a poor outing against Worcestershire where they had lost by eight wickets. They are currently in fourth position in the table and a win here will take them to the 3rd spot.

The County Ground at Derby is a decent batting track and most of the teams prefer batting second as the pitch doesn’t change much during the second innings. In the only match played at this venue in Vitality Blast 2021, Birmingham Bears had chased down 161 with ease.

Liam Livingstone is in good form for the team which will be a huge boost. However, the team do need other stars like Alex Davies, Jos Buttler to step up for the day as Derbyshire will bring in their A-game for revenge.

Led by Alex Hughes, the team depends more on young faces. Luis Reece will lead the batting attack while Logan Van Beek will take care of the bowling. However, the latter is yet to perform to his standards and is likely to pull up his socks today.

Finn Allen will look to dominate here. He has 112 runs from his three innings so far in the tournament and recently, he had scored 73* runs. With a strike rate close to 158, Allen averages 56 in the tournament with 14 fours to his name.

Liam Livingstone was the player of the match in their last head to head contest. The all-rounder had 94 runs from just 58 deliveries while opening the innings for the team. He also opened the bowling for the team and had picked up a wicket.

Luis Reece played well against Derbyshire in their last match. Unfortunately, he had to end up on the losing side. The opener had 59 runs from 32 deliveries. Overall, Reece has scored 131 runs and has a strike rate close to 180.

Jos Buttler will be keen to convert his starts to big score today. He has played three matches so far and has scored 107 runs with the best of 55. He has an average close to 36 in the tournament while striking at 118.88. He scored 30 runs in the last head to head contest.

Mark Parkinson is more of a mandatory pick in this contest. He will lead the bowling attack for Lancashire once again. He so far has picked up seven wickets while giving away 7.50 runs per over.

Critchley will be keen to contribute from both fronts. He recently smashed 80* and has 89 runs overall in the tournament. He also is among the wickets, has picked up four so far.

Who Will Win Today Between DER vs LAN Dream11 Prediction, North Group?

According to Kheltalk’s astrology DER vs LAN Dream11 match Prediction, Lancashire will begin this contest as favorites. The team is in good form and has a good record against Derbyshire. One shouldn’t be surprised if Liam Livingstone goes on to dominate in this contest once again.

According to Kheltalk’s DER vs LAN Dream11 toss prediction, Derbyshire will win the toss and will look to chase at this venue. The team went down while batting first in the last contest and they will be keen to bounce back here.