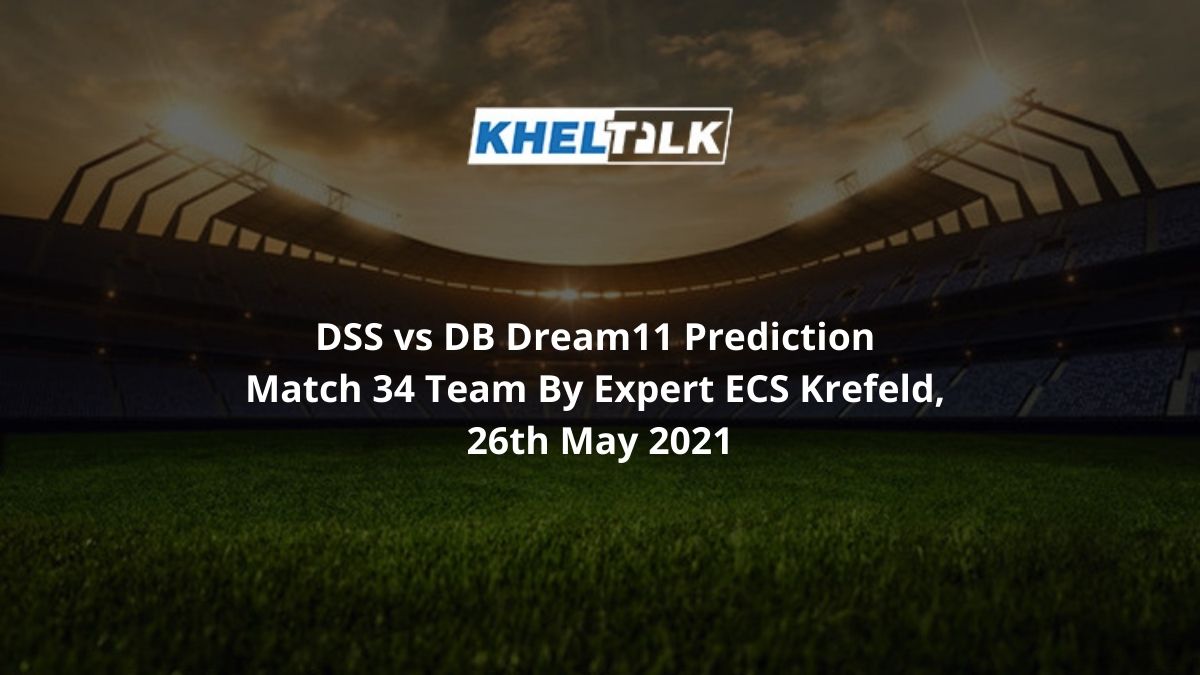 According to DSS vs DB Dream11 Prediction for Today’s Match Fantasy Cricket, BJK SG Solingen will take on Dusseldorf Blackcaps in Match 34 of the ECS T10 Prague on Wednesday 26th May at the Bayer Uerdinque Cricket Ground. Keep reading to find out about the ECS T10 Krefeld League Match 34 DSS vs DB Dream11 team today.

The surface has turned its favoritism towards the batsmen now. Earlier, bowlers were seen dominating the game. The average inning score at this venue is 95.

The weather suggests overcast conditions with broken clouds in the sky. Temperature close to 8.25 degrees Celcius.

If they manage to win the first game of the day then they would step in with a same playing 11 for the next game.Before that, they have job against Bonn Blue Stars that is today itself.

Blackcaps are stuffed with great quality players and even their bench has a lot of potential. They would not want to slip down on the points table. No changes are expected.

Kashif Shahab and Abdul Majeed are important assets to the Blackcaps. Both the leading bowlers have six wickets each from four innings and are likely to trouble again and keep the momentum high.

Oascoroni Ahamed is an important pick for fantasy team. This player cannot be ignored as he has hammred 79 runs in four innings with the highest score of 51 and at a strike rate of 219.44.

Veeru Kolla is the only player who decently performed for Solingen in their played games. So far, he has scored 43 runs in two innings for Solingen.

Venkat Ganeshan has turned out to be an valuable all-rounder for Blackcaps. So far, he has scored 49 runs off his bat and even has four wickets to his name.

Head to Head Dream11 Team For Prediction DSS vs DB

Who Will Win Today Between DSS vs DB Dream11 Prediction, Match 34?

According to Kheltalk’s astrology DSS vs DB Dream11 match Prediction, Team DB are the favorites to win the match. Caps are stuffed with more quality and talented players as compared with Solingen squad. They would not give up their position on the points table easily.