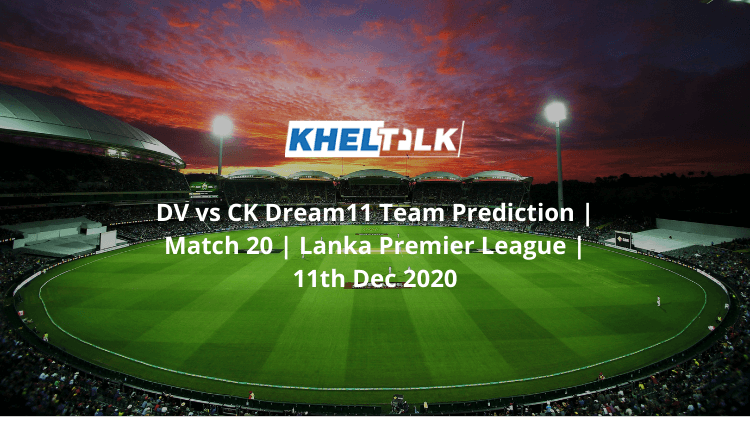 The conditions have improved a lot and are currently batsman-friendly. The team batting second has won recent matches and so, the toss will be a crucial factor here.

Total matches played so far in the tournament- 17

Dinesh Chandimal is one of the top picks for the captain in this match. He averages 72.66 in the tournament at the moment and has 218 runs to his name with a strike-rate of 138.85.

Dasun Shanaka is the 2nd leading run-scorer of the tournament. He has 245 runs and has a strike-rate close to 163. He also has picked up three wickets so far.

Samit Patel has contributed both with bat and ball. He has 153 runs and also has picked up 6 wickets in the tournament so far.

DV vs CK Team11 Team Prediction: Who will win the match