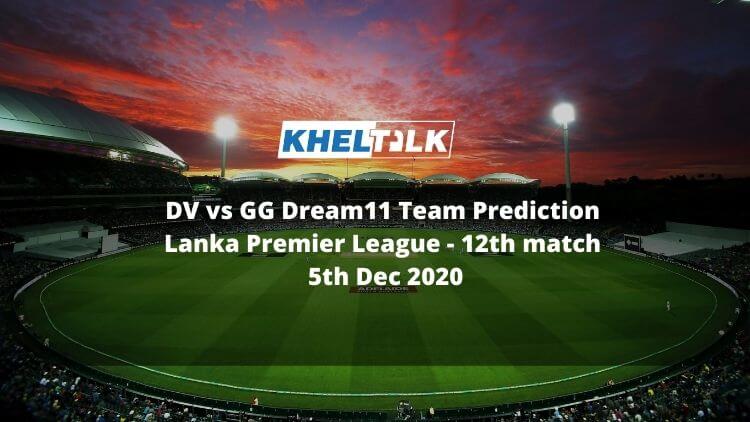 Dambulla Viiking will take on Galle Gladiators in the 12th match of LPL 2020. The Vikings are one of the favorites to win this tournament and they are at the 2nd position in the points table with three wins and a loss. On the other hand, Galle Gladiators are yet to open their account and have lost all their four matches. There are a few times they did come closer to win matches but fell short due to various reasons. Let’s go through our Dream11 Team Prediction for the upcoming game between Dambulla Viking and Galle Gladiators.

Danushka Gunathilaka is the leading run-scorer of the tournament at the moment. He has 206 runs from 4 innings and averages close to 66 with a strike-rate just above 145.

Samit Patel has been one of the most consistent performers in the tournament. He has 140 runs from 4 innings and also has picked up 5 wickets.

Shahid Afridi needs no introduction. Though it’s a tricky pick, he can still change the course of the game single-handedly. He has 70 runs from his 3 innings with a strike-rate close to 234.

Angelo Perera has played only two matches but has been wonderful with the bat. He has 88 runs from 2 innings with a best of 65.

DV vs GG Team11 Team Prediction: Who will win the match

Going by the past performances, the team DV will begin this contest as the favorites. The team GG, however, will fight hard for their first win for sure and this match will be an interesting contest. Although it will be a nail-biting encounter. But, our Dream11 Team Prediction experts have given an edge to GG.