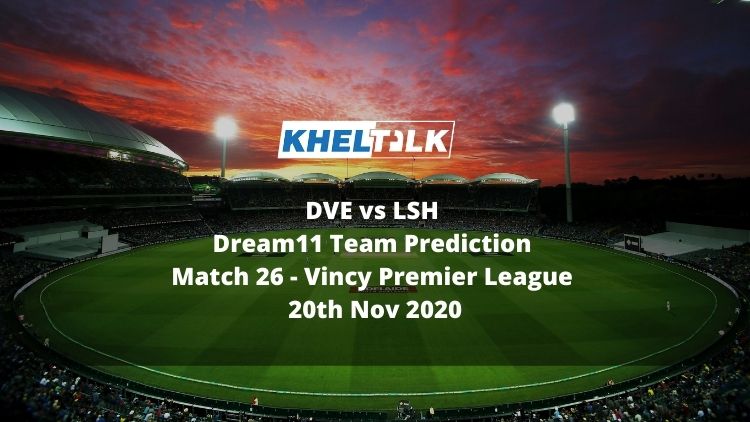 In match 26 of the Vincy Premier League T10, Dark View Explorers meet the La Soufriere Hikers.LSH is a very strong team and have won 4 of their 8 games and are placed second in the points table. On the other hand, DVE has won 2 games out of 8 and currently at 5th place in the points table. Vincy Premier T10 League is in its full swing and fans are enjoying the exciting T10 league to the helm. The aforementioned sides have done well in this edition. However, it is challenging to pick the winners. But, our experts have tried their best in order to get the best possible Dream11 Team for the users. Let’s take a look at the DVE vs LSH, Match 20 Dream11 Team Prediction, Top Captain & Vice-Captain Picks, Head to Head, Grand League, and Fantasy Tips.

The wickets have been a good one for batters and this wicket will also assist the batters. There might be a hint of help for the bowlers at the beginning of the game.

Asif Hooper is scoring runs consistently for his team and is in great form. He has contributed in every innings he has batted so far. In this tournament, he has scored 112 runs in the last five innings and that includes one half-century. He had scored 61 runs from 27 balls against FCS.

D Greaves has been a very effective all-rounder. He has scored 71 runs in the last 5 games. He has chipped in with important cameos in every innings he has batted in and thus is a very valuable contributor to the team. At the same time, he has been a very good bowler and has made handy contributions as well. He has claimed 3 wickets in 5 games.

S Williaams has been highly consistent with his bowling. He has got all the skills to make use of the conditions and he has delivered wickets whenever the team has needed. He now has 6 wickets in the last 5 games. This includes his fantastic spell of 2 overs against LSH where he claimed 2 wickets and gave away only 6 runs.

DVE vs LSH Dream11 Prediction: Who will win the match

LSH is in great form and their key players have contributed immensely. So in this match, LSH will win. It is going to be a cracking encounter between two good teams and the winning margin is expected to be very less.