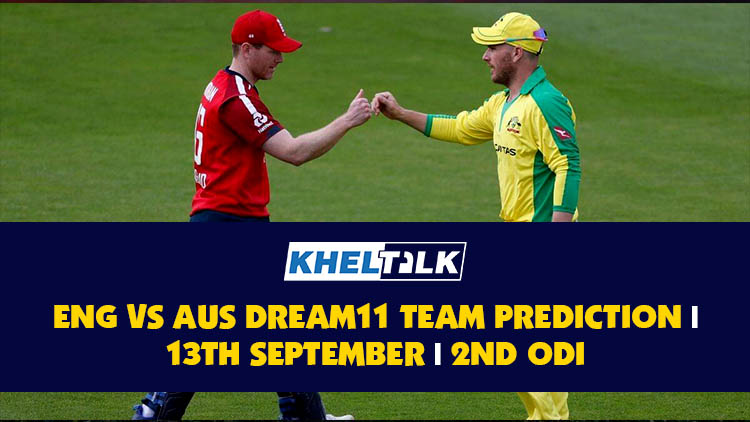 Australia and England are involved in an exciting three-match ODI series. After losing the T20I series, the former has managed to mark a strong comeback in the 50-over format. Aussies dominated as per their caliber in the series opener and defeated the hosts by a margin of 19 runs. Mitchell Marsh and Glenn Maxwell played a significant role in Australia’s victory.

England too made a brilliant effort in the 1st ODI at Emirates Old Trafford in Manchester. But, they failed to cross the winning line and fell short of 19 runs while chasing a target of 294 runs in stipulated 50 overs. Sam Billings and Jonny Bairstow played were the only positive prospect for their side in batting. Billings scored his first ton in ODI as well. Now, in the second game, England will expect to come out with a good effort against the Aussies. Otherwise, the latter might take a consolidating lead over the hosts

Warner will be a perfect option to pick as captain in any Dream11 Fantasy Team. He has scored 137 runs in the last five games with the help of an amazing fifty. He is a big match-winner, who will look to mark a strong comeback in the 2nd ODI.

He batted really well in the series opener against England. Maxwell ended as the leading run-scorer for Australia with 77 runs off 59 balls that turn the game towards his side from toe to head. He can be picked as captain in a Dream11 Fantasy team.

Finch has got 177 runs from the last five ODIs batting as an opener for Australia. He is the skipper of the team and will be eager to play a captain’s knock in the 2nd game. Don’t miss him by any chance while picking fantasy side.

Bairstow struggled a lot during the T20I series against Australia. But, he made a strong comeback with a bang on knock in the series opener with the bat. He is known for scoring consistent knocks in back to back games. So, this makes him a perfect player to pick as vice-captain in Dream11.

The cricket battle between England and Australia is always exciting for every cricket fan. The same happened in the series opener in which both the teams gave a tough fight to each other Now, coming onto the second ODI, we are backing Australia to win and get their hold on the ODI series. They look way too strong in comparison to that of England’s side.