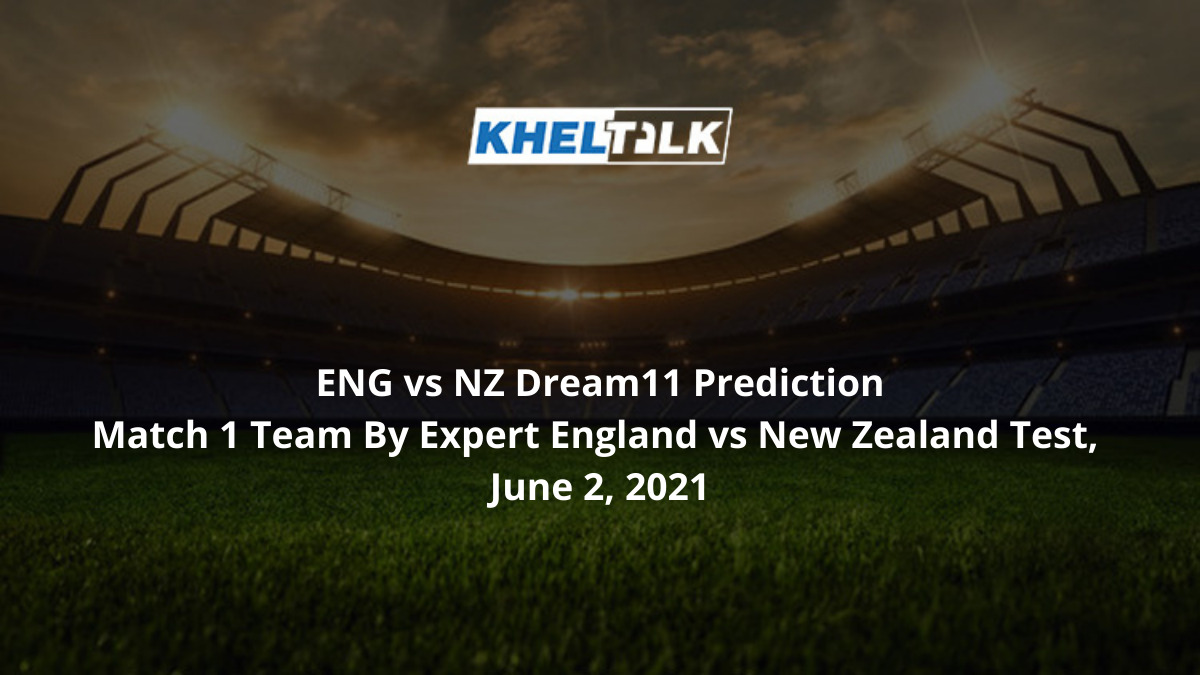 New Zealand will take on the host England in the first of the two Tests from 2nd June 2021. This isn’t part of England’s Future Test Programmes (FTP) and also is not a part of the World Test Championship. This series was added just as an extra in order to compensate for the financial loss due to the coronavirus pandemic in England. While this is all revenue for England, this series is more about practice for New Zealand who will be taking on India soon in the Test Championship final.

Both teams have some quality players and undoubtedly, this will be a cracking contest. Going by head to head record, England leads New Zealand by a lot. In 105 Tests between them, England have managed to win 48 Tests while New Zealand have won only 11 matches.

Pitch Report of the Lords’

This will be the first Test match at the Lords’ since the 2nd Ashes Test in 2019. The pitch has always favoured the pacers while spinners have dominated the day 4 and day 5 of the competition. Going by what we have seen in recent times, the teams are likely to bat first at this venue if the conditions are good.

The climate is likely to overcast on Wednesday with the temperature being around 26 degrees Celcius for most of the day. While Day two is likely to face the same cloudy climate, there is a huge chance for rain on Friday and Sunday. Based on forecast, the teams will prefer batting first here.

The players who featured in the IPL matches will not play in this contest. The team will also miss out on Ben Foakes who was replaced by Sam Billings and is likely to make his Test debut here. Zak Crawley is likely to open the innings alongside Rory Burns while Joe Root, Olie Pope, D Lawrence will follow them. James Anderson is likely to feature ahead of other pacers here.

New Zealand have announced a strong squad and with the return of Colin de Grandhomme, the team looks great on papers at the moment. The team might feature a couple of debutants in the name of Rachin Ravindra and Devon Conway who are in good form at the moment. Latham and Conway are likely to open the innings followed by the experienced Kane Williamson and Ross Taylor.

Joe Root is undoubtedly the best choice for the captain here. Root is in good form at the moment, had a decent run in county matches and also, in his last 10 games, he has scored 973 runs with an average close to 67. He is likely to fill in with the ball as well.

Kane Williamson showed a glimpse of form in the IPL after recovering from injury recently. The injury made him miss out on early matches this year and he will be keen for a fresh start here. His last Test came against Pakistan early this year where he smashed a doubleton.

James Anderson will certainly enjoy bowling here at the Lords. He is closing in for his 1000th First Class wicket and has a good record at the Lords too. He has 103 wickets at an average of 23.89 with six five-fors. Undoubtedly, one to watch out for here.

Devon Conway has been in excellent form for a long time now and has impressed everyone in the limited-overs. He is all set to make his debut in the longest format of the game. In fact, in the practice match recently, he smashed an unbeaten fifty as well. He has three 70-plus scores in his last five international games.

Neil Wagner is likely to dominate with the ball here. There will be something for the pacers and he is likely to explore the conditions along with Kyle Jamieson here.

Zak Crawley is in good touch at the moment and a lot depends on his performance here. He has 422 runs in his last six games in the longest format for England.

Ross Taylor will be making a comeback after his injury. Undoubtedly, a must-have pick here and he will be the key in the middle order for the team. However, he doesn’t enjoy a good record against spinners here and will be an interesting contest for sure.

Who Will Win Today Between ENG vs NZ Dream11 Prediction, Match 1?

According to Kheltalk’s astrology ENG vs NZ Dream11 match Prediction, the match is likely to be a draw. Since the rain is likely to dominate a couple of days in the contest, it will be difficult to have a proper result here. However, England will begin this contest as favorite because of their head-to-head record.