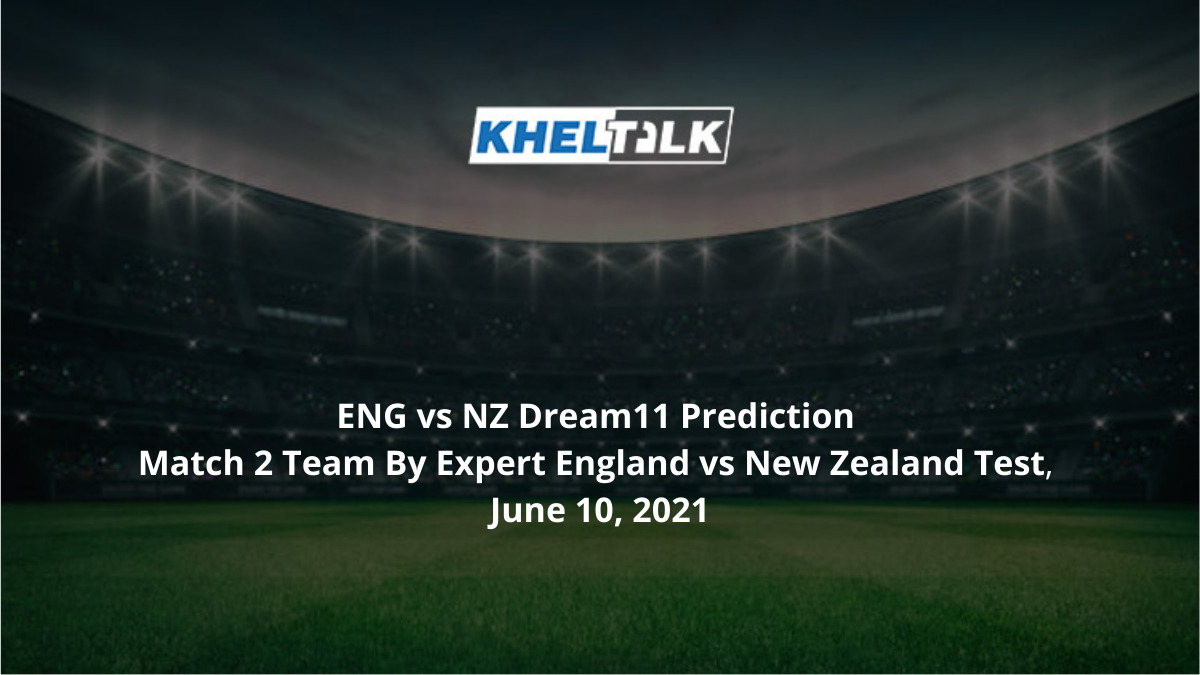 After settling for a draw, both England and New Zealand will lock horns once again in the 2nd and final Test of the tour at the Edgbaston. The rain-dominated first Test witnessed the debutant, Devon Conway, smashing the record double century.

He had the support of Henry Nicholls, who scored 61. The team made 378 in the first innings and in return, England made 275, thanks to Rory Burns. The opener smashed 132 runs before getting out to Southee. The latter grabbed six wickets in the innings.

In the 2nd innings, New Zealand made 169 to set up a target of 273 to England. However, the match ended up in a draw as the hosts managed only 170 from the allotted overs.

The pitch here is usually bowling friendly with good support to the pacers in the beginning and there is something for the spinners in the 2nd half of the play. New Zealand have played four matches here and have lost all the four Tests by a massive margin. On the other hand, England have won four of their last five matches at this venue. Most of the teams prefer batting first here as 60 per cent of the matches are won by the team batting first.

Unlike the First Test, the rain shouldn’t be a big concern here. While Day one will witness a bit of a shower, the climate is crystal clear for the next three days. However, there is a huge chance of showers on Day five but that shouldn’t wash off the day. The temperature will be around 22 degrees Celcius to 26 degrees Celcius.

Devon Conway and Rory Burns are must-have picks here because of their current form. Along with them, Tim Southee, James Andreson and Stuart Broad are excellent picks here. Anderson has 44 wickets from 11 matches at this venue.

England have suspended Ollie Robinson for his controversial tweet which he made years ago. The team also have added Dom Bess to the squad as a backup for Jack Leach who is expected to play in this contest. The team might feature Craig Overton in the place of Robinson in this contest.

The team will miss out on Mitchell Santner who has injured his finger. According to reports, Kane Williamson’s availability will be confirmed on Wednesday. The skipper suffered pain in his elbow once again. Trent Boult is available and is likely to play in this contest. There could be further changes in the bowling department as the team is looking to balance the workload.

The England skipper Joe Root showed a glimpse of form in the first match where he had a couple of 40-plus scores. Root enjoys a good record at this venue, has scored 481 runs from his nine innings. He has a ton and four fifties at this venue while averaging close to 61.

Rory Burns, who top-scored for England in the first Test, is the man to watch out for in this contest. Burns had 132 runs in the first innings at the Lords’. Currently, he averages 68.20 against New Zealand with 341 runs from his 3 matches.

Devon Conway’s dream run in the international circuit continues as he made heads turn once again with his brilliance at the Lords’. He ended up smashing double ton on his debut while opening the innings for the team. He is the most popular choice for the captain here.

James Anderson enjoys a good record at this venue and could be the difference between the two teams. He has picked up 44 wickets at this venue from his 11 matches. He has a couple of five-wicket hauls here with the best of 6 for 47 against Australia.

Tim Southee had a good outing in the first Test where he ended up grabbing seven wickets in the match, which included six wicket-haul in the first innings.

Trent Boult is available to play this contest and is likely to lead the bowling attack here. Boult has a good record against England, has picked up 48 wickets from his 10 matches. He has 281 Test wickets overall.

Who Will Win Today Between ENG vs NZ Dream11 Prediction, Match 2?

According to Kheltalk’s astrology ENG vs NZ Dream11 match Prediction, the match is likely to be a draw. Since both teams are looking in good touch at the moment, a draw seems to be a logical solution here. The result hugely depends on the pacers considering the conditions.

According to Kheltalk’s ENG vs NZ Dream11 toss prediction, England is likely to bowl first here since the pacers are likely to dominate here. James Anderson will be leading the attack for the team. On the other hand, New Zealand will be keen to bring in a few changes to their bowling line-up to maintain the workload.