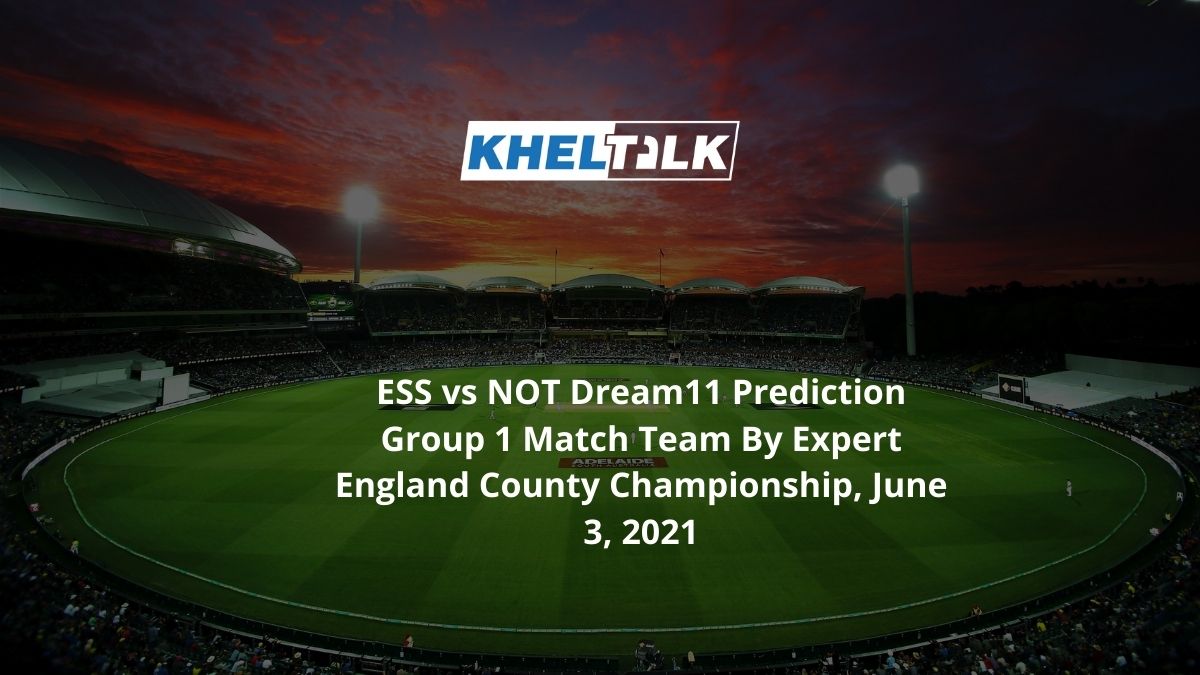 Essex leads the points table of this season of the English Test County Championship, whereas, Nottinghamshire is at the second spot at the standings.

Playing eight games, Essex managed to win three games while Nottinghamshire has three wins from seven games. Talking about their head to head, Essex has won three out of five games against Nottinghamshire.

ESS vs NOT Match Prediction

ESS vs NOT Dream11 Stats

The surface at County Ground will massively help the batsmen, even pacers will have reasonable assistance from the pitch and later in the game, spinners will be effective. The average first inning score at this venue is 260.

Essex would step up unchanged after the comprehensive win against Durham in their last game. Chasing down the target of 385 runs, Durham was bundled out for 189 runs.

Nottinghamshire played their last game against Warwickshire and trailing in both the innings, Nottinghamshire lost the game by a heavy margin – 170 runs. There might be some changes in the middle order.

S Cook is not only the second-highest leading wicket-taker for Essex but has even kept his economy at its best. So far, he has chipped 31 wickets in seven games at an economy of 2.19.

T Westley has hammered 502 runs in 13 innings for Essex with the highest score of 213. Scoring a double century makes him the most in-form player in the team. Best choice as captain.

L Fletcher has been lethal with the ball for Nottinghamshire. So far, he has bagged 36 wickets at an economy of 2.29 and with the best figure of 7/37.

H Hameed has scored 515 runs in seven innings with the highest score of unbeaten 114. This clearly says about his form. Currently, he averages 46.81. Don’t miss him out.

Head to Head Dream11 Team Prediction ESS vs NOT

Who Will Win Today Between ESS vs NOT Dream11 Prediction, Group 1 ?

According to Kheltalk’s astrology ESS vs NOT Dream11 match Prediction, ESS will begin this contest as favorites. Essex has a better lineup on paper as compared with Nottinghamshire but they cannot be taken lightly. Essex’s bowling attack is capable of chipping early wickets that where they can dominate the game.

ESS vs NOT Toss Prediction today

According to Kheltalk’s ESS vs NOT Dream11 toss prediction, ESS is likely to bat first at this contest. At this venue, the team batting first has won more games.