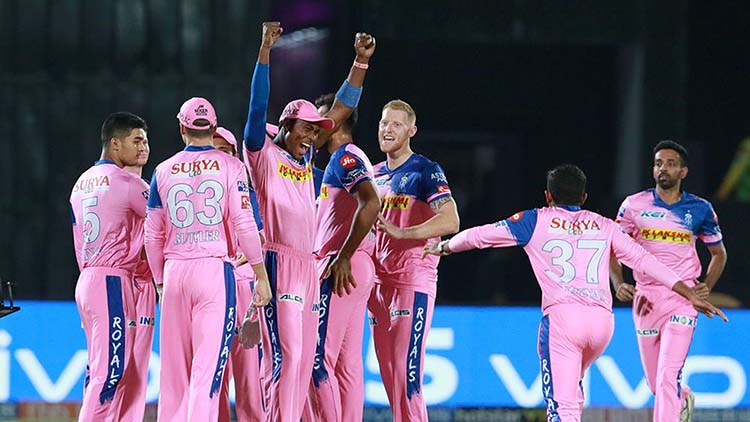 Over the past few days, you must have been getting news related to diverse aspects of the 13th edition of the cash-rich, Indian Premier League (IPL) on our platform.

The marquee Tournament of the BCCI has not yet got a new date.

What’s more, the sad news is that India sees a surge in the cases of the Novel Coronavirus (COVID-19). Overall, there is a thick cloud of uncertainty on the staging of the IPL in 2020.

If we talk about the most successful of the Teams over the 12 years of the IPL, Chennai Super Kings and Mumbai Indians would be on anyone’s list. The Mumbai Team has been able to make IPL Trophy their own in 2013, 2015, and 2017 and 2019.

In the same context, we will make a Dream11 prediction on who can be a dark horse in the IPL 2020’s season. There is hardly a doubt that all Teams in the IPL have world-class players and they will be trying their best to establish a benchmark in this edition too.

In the starting of this post, we have mentioned about Teams that have won the IPL many times, but there are sides that are yet to win it even once. Franchises such as the Royal Challengers Bangalore (RCB) in 2011 and 2016 came quite close yet stayed far. On the other hand, Kings XI Punjab let go of a chance in 2014, but could not cross the line.

Teams like Rajasthan Royals, Sunrisers Hyderabad and Kolkata Knight Riders have won the prestigious Tournament at least once so far. In terms of winning the IPL, KKR is at the 3rd spot with 2 wins. Hyderabad has also won twice but with different Teams. Deccan Chargers did it in 2009 while SRH won the 2016 season. Rajasthan Royals (RR) was the first Team to win the inaugural edition of the IPL way back in 2008.

The Shane Warne led Team beat Chennai Super Kings at the Navi Mumbai’s DY Patil Sports Complex. Sadly, Delhi Capitals (DC) remains the solitary Team in the history of IPL that is still to win the Cup. They have also not made it to any IPL Finals so far to make their case strong.

In today match prediction, we will go with the Rajasthan Royals as our dark horse in the 2020 edition of the IPL. Over the seasons, the Franchise has been able to show distinction in their campaigns. But the one thing is that it has not been able to make it to the Final of the IPL after 2008.

The RR side being led by Steve Smith oozes confidence and looks like a super balanced side on paper.

During the IPL Auction that was held in Kolkata (for the first time) on 19th December 2019, RR got Robin Uthappa and U-19 sensation Yashaswi Jaiswal. With Jos Butler, Steve Smith, David Miller and Ben Stokes their International part of the Team is also as good any anyone. Investing in young speedsters such as Akash Singh and Kartik Tyagi after a memorable U-19 World Cup 2020 can also help RR to be rewarded. They look settled and hence; classifying RR as the dark horse of the IPL 2020 would not be an understatement.