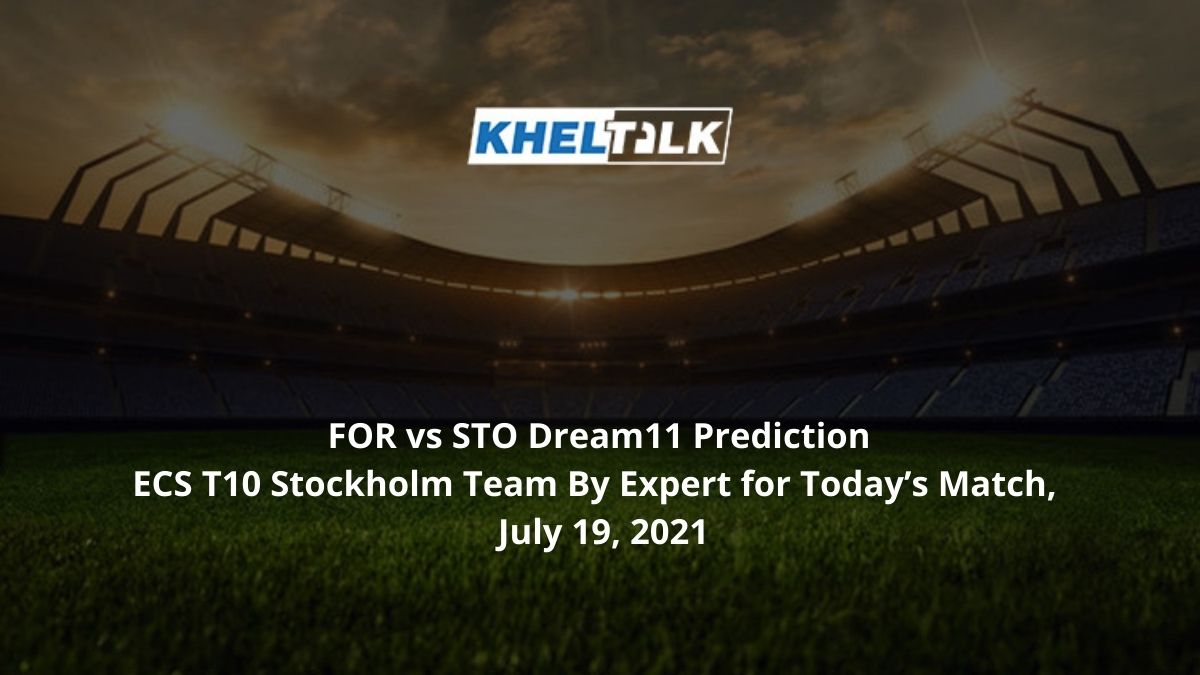 Stockholm Cricket Club is the oldest team available in this contest. Despite being the most experienced team, there couldn’t do well in the last edition and had ended the competition at the bottom of the table with one win to their name. They will look for a fresh start in this tournament for sure.

Compared to Stockholm Cricket Club, Forenom Royals are relatively new and were found only in 2015. The team has a pool of talent and are capable of producing surprises here. They, in fact, ended the SCF Division 1 T20 tournament at the top of the table.

FOR vs STO Dream11 Match Prediction

This is a batting pitch and one can expect both teams to go for chasing here as the pitch doesn’t change much for the day. The spinners will have some assistance compared to the pacers here.

The team might not start the tournament as the favourites to win the trophy but are certainly capable of springing surprises. The captain Rohit Juneja will hold the key here with the bat and will be opening the innings for the team as well.

Abhishek Mathur is likely to keep wickets and will be opening the innings for the team. He was the team’s leading run-scorer in the last edition and he will hold the key in the batting order in this year’s tournament as well.

Deepjagan Singh is likely to play in this contest. He is one of the top picks for captain here considering the fact that he is capable of winning the matches single-handedly. He is an attacking batter and is likely to play the finishing role for the team here.

Ankit Pandey is one of the well-known players available in this contest. He will be opening the innings for the team here and one can expect him to add 20 to 30 runs to the total in this contest.

Karthik Jayachandran is the all-time leading run-scorer for Stockholm Cricket Club. He will be the player to watch out for here. He is likely to bat through the innings and will be playing the anchor role.

Rohit Juneja will be opening the innings for the team and the skipper will be taking the attacking route here. He is also an excellent fielder and will be rolling his arms for a few overs here.

Avinash Upadhyaya is one of the most improved bowlers in recent times. He played only in two matches last year and had a wicket to his name there. However, he is likely to lead the bowling attack today.

Head to Head Dream11 Team Prediction FOR vs STO

Who Will Win Today Between FOR vs STO Dream11 Prediction, 4th match?

According to Kheltalk’s astrology FOR vs STO Dream11 match Prediction, Stockholm Cricket Club will begin this contest as favorites. The team will be looking to end the day on a high and are a better team compared to their opponent here. Also, they have vast experience considering they are the oldest club in this tournament.

FOR vs STO Toss Prediction today

According to Kheltalk’s FOR vs STO Dream11 toss prediction, Stockholm Cricket Club will be looking to chase here. Since the pitch doesn’t change much, one can expect both teams to opt for chasing here.