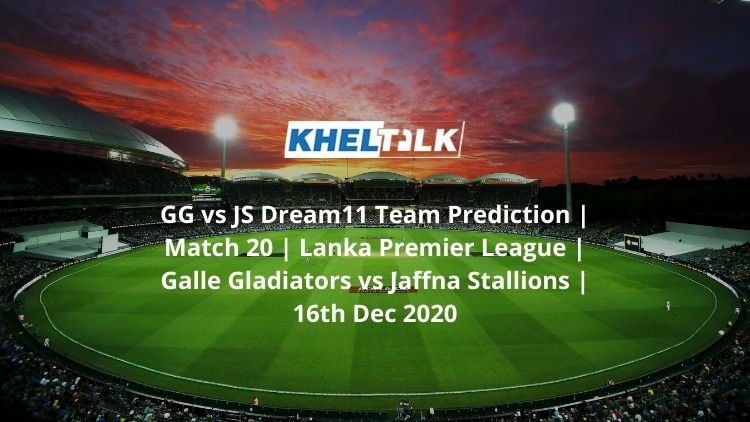 The surface will mostly favor the batsmen and the team winning toss must opt to the ball first and the chase gets easier at this venue.

Total matches played so far in the tournament- 17

M Gunathilaka has scored 475 runs in 9 innings at an average of 67.85 with a strike rate of 145.25. His highest score in this tournament is unbeaten 94 and will be looking forward to smashing a century in the finals.

Wanindu Hasaranga was super economical with the ball in the previous game. Giving just 15 runs in four overs, he chipped three wickets at an economy of 3.75. He has bagged maximum wickets for his side in this tournament (16).

Pakistan’s pace bowler, M Amir has been lethal with the ball in the tournament. In 9 innings, he has chipped 10 wickets at an economy of 7.58 with the best figure of 5/26.

GG vs JS Team11 Team Prediction: Who will win the match

Galle Gladiator has performed really well but the consistency of Jaffna Stallions Wanindu Hasaranga can make their road to winning the finals very tough. He has been lethal with the ball and will surely chip important wickets. This is going to be a close match. Our Dream11 Team Prediction experts feel it is going to be a close affair and Stallions will lift the trophy.