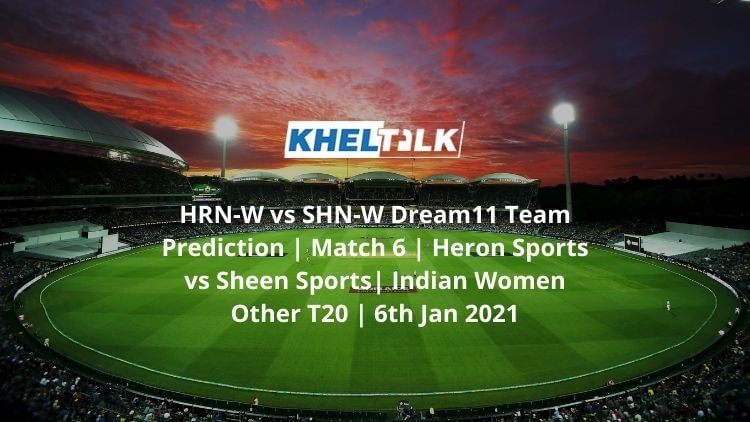 The surface at Samprasiddhi Sports Estadio seems to be supporting batsmen as well as the bowlers. But then bowlers have a higher advantage and batsmen coming in the middle order will connect the ball easily.

Heron has lost their second game as well by just 1 run. Shubha Satish might miss the next game as she could only score 19 runs off 26 balls. A slow start caused them this defeat. No other changes are expected. Divya Gnanananda didn’t perform well with the bat but chipped important wickets, team would be expecting a lot from her. Ayushi Soni played some tremendous inning and will step up at number 3. Minu Mani and Aditi Rajesh will again do the late hitting for the side, while Anugha Murali will lead the bowling department alongside Divya nad Mani.

Sheen Sports will step up with their winning combination. No changes are expected. J Rodrigues and V Dinesh will open the innings, followed by skipper Krishnappa and Deepti Sharma. N Nagarajan ad E Padmaja will look after the middle order, while the bowling department will be taken care of by Simren Henry and C Krishnamurthy.

Jemimah Rodrigues scored a high-century in the opening game including 5 fours and 2 sixes at a strike rate of 124.4. She also chipped one wicket at an economy of 7.7.

Divya Gnanananda smashed 87 runs off 55 balls to offer his team some good start including 11 fours and three sixes. She didn’t do well with the bat in the second game but bagged three wickets for her side.

Deepti Sharma scored important 47 runs off 36 balls in the opening game along with taken one crucial wicket.

HRN-W vs SHN-W Team11 Team Prediction: Who will win the match

Sheen Sports started their campaign with a massive win, while Heron lost their second game by just 1 run. But as per our HRN-W vs SHN-W Dream11 Team Prediction experts, Sheen Sports will look forward to grabbing their second win as losing the second game would have surely killed the Heron’s confidence. We bet on Sheen to notch a victory here.