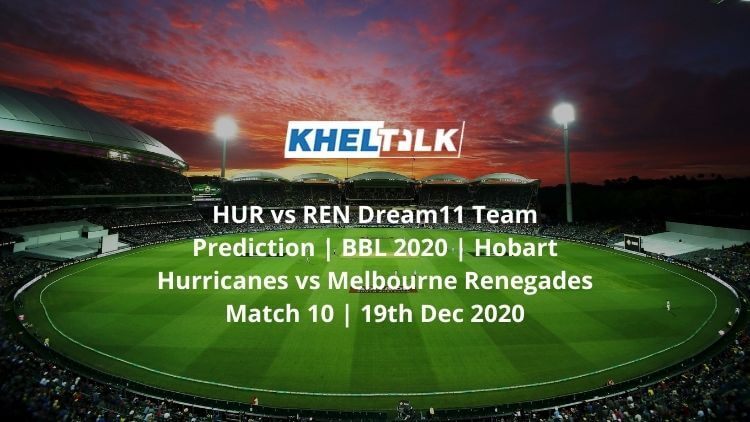 Bellerive Oval has been one of the high-scoring venues in the tournament so far. In four matches, the teams have managed to reach at least 170 in three times while batting first.

Colin Ingram is the leading run-scorer of the tournament at the moment. He has 126 runs from his 3 matches with a strike-rate close to 132.

D’Arcy Short is the most popular choice for the vice-captain in the fantasy team. Short has 74 runs from his 3 outings with a strike-rate of 137.03.

Mohammad Nabi will be playing his first match of BBL 2020 here. He will be keen to perform both with bat and ball. In absence of Finch, he is likely to bat in the top-order and will be bowling his full quota as well.

HUR vs REN Dream11 Team Prediction: Who will win the match

Hobart Hurricanes will begin this contest as the favorites. Since this is an early match, both the teams will look to win the toss and bat first. Hurricanes have batted first in both the matches they have played here and went on to win them both. While Renegades batted second here in both the contest, they won one and recently lost one by a huge margin.