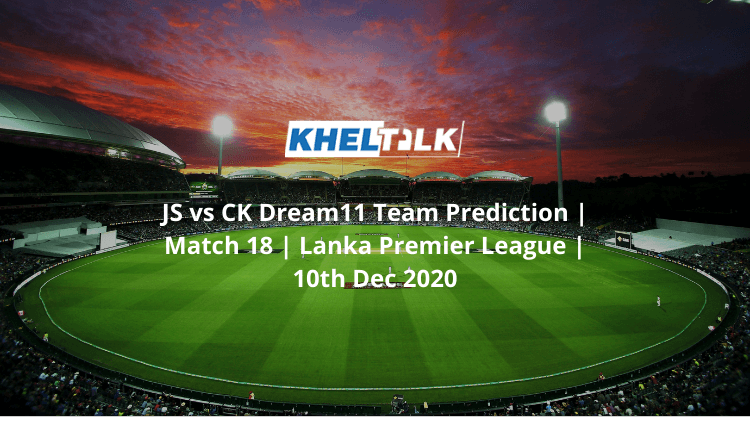 The conditions have assisted the batsmen more in the tournament so far and the chasing team had the upper hand in recent matches and so, the toss will be a crucial factor here.

Total matches played so far in the tournament- 13

All-rounders: I Udana, A Mathews,

Dinesh Chandimal is one of the top picks for the captain in this match. He averages 72.66 in the tournament at the moment and has 218 runs to his name with a strike-rate of 138.85.

Wanindu Hasaranga is the leading wicket-taker of the tournament at the moment and he has 10 wickets from his 6 matches with an economy rate of 5.

Thisara Perera has contributed both with bat and ball. He has 192 runs with the bat and has also picked up 5 wickets at an economy rate lesser of 8.

Avishka Fernando is in decent form and has scored 92* and 84 in the tournament so far. He will be looking for a big knock here.

JS vs CK Team11 Team Prediction: Who will win the match

Though Jaffna Stallions are a much better team on papers compared to Colombo Kings, the latter have already defeated the former once and they will begin this contest as favourites.