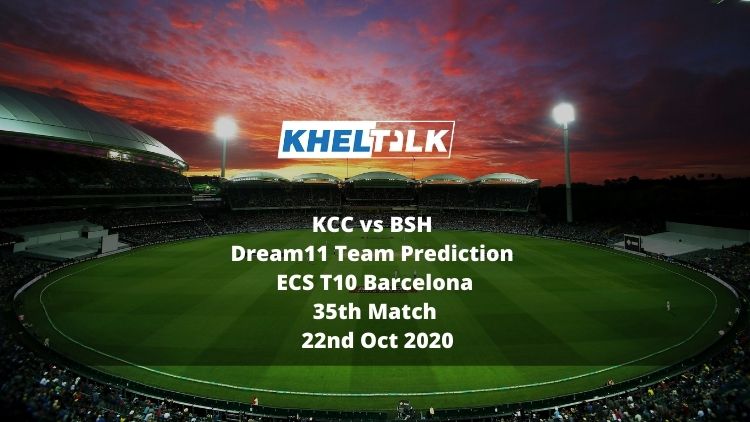 The 35th fixture of ECS T10 Barcelona will be played between inn-form teams Badalona Shaheen CC and Kings CC. Both the teams have performed pretty well so far and would try to keep their momentum alive for the rest of the tournament. Winning three of four games, Badalona Shaheen CC is placed at the second stop of Group A points table, on the other hand, Kings CC has played three and won two, which makes them grab the 5th spot at the points table.

The match is scheduled to be played at Montjuic Ground, Barcelona on 22nd October.

Batsmen are likely to get full support at this surface, but they must not try to hit every ball bowled by the pacers. No assistance for the spinner.

Babar Khan has been outstanding with the bat. He has notched 176 runs in just 3 innings with the highest score of 87 at a strike rate of 202.30. You cannot afford to miss him. He the best choice as captain.

Moshiur Rahman has bagged five wickets for Kings. Skipper has been consistent with the ball and is expected to trouble the batsmen once again.

KCC vs BSH Dream11 Prediction: Who will win the match

Looks like Badalona Shaheen CC are in better form and have played their previous game outstandingly. They would give in every effort to grab the top position at the table, so we bet Badalona Shaheen to notch a victory here.