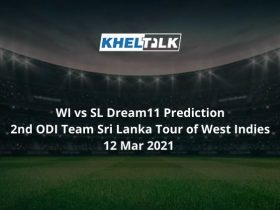 KKR and RCB will meet again in IPL 2021. When these two went face to face earlier, they had AB de Villiers and Glenn Maxwell pulling off something that none of the teams had managed to do, to score big and that was the only time where Chepauk Stadium witnessed a 200-plus score. While chasing the same, KKR fell 38 runs short to hand RCB their 3rd consecutive win. After that match, RCB had gone on win a couple more and are at the 3rd spot at the moment.

On the other hand, KKR went on to lose more than they would have wanted and are in the bottom half of the table. However, to their luck, RCB will be entering this match after losing their last match to PBKS.

Here are the stats for the teams KKR vs RCB

Going by what we have seen at this venue, one can expect the spinners to dominate here. Most of the matches at this venue were moderate scoring games with teams managing to reach 160-odd with ease. Anything below that will be easily chasable here and the teams will look to bowl first at this venue.

Virat Kohli has an excellent record against KKR and is the must-have pick in this contest, so is Padikkal, Maxwell and AB de Villiers. However, due to credits, you might have to miss someone from the stars. Make sure to have more number of spinners in your line-up.

Kolkata will be looking into the top order because both their openers weren’t able to fire. Thus, one can expect Tripathi to open today and it will be interesting to see if the team opts for Sunil Narine to open the innings. Pat Cummins will miss this match after testing positive for COVID19.

Bangalore did well in the early games but their weakness to two spinners must put them in a place of bother. The team had lost more wickets to Jadeja and Brar recently and they will come against Naine and Chakravarthy this time. It will be interesting to see how they go here.

Devdutt Padikkal is in excellent form and will try to give RCB a brisk start once again. One can expect at least a good cameo from him in this contest and so far in the tournament, he has 195 runs and is the 2nd leading run-scorer for his team.

Glenn Maxwell was one of the stars when these two teams met earlier. He made 78 in that match to take his team past 200. In fact, he is having an excellent tournament so far and averages close to 45 while striking at close to 145. He will be the player to watch out for here as well.

AB de Villiers is yet another player from RCB who is in good form. Though he didn’t get a lot of opportunities to bat, whenever he had one, he did well. When these two teams met, he was the player of the match with 76* runs to his name.

Andre Russell showed a glimpse of form in the last few games and one can expect him to dominate in this contest. He will be bowling his full quota and will be playing a few deliveries as well. So far, he has seven wickets to his name.

Rahul Tripathi will be keen to convert his starts to big score here. He has multiple cameos in this tournament with the highest score of 53. With a strike rate close to 136, Tripathi is likely to open the game today and as an opener, his strike rate in IPL goes to 170s.

Varun Chakravarthy and Sunil Narine will hold the key in the bowling department for the team. Since spinners did well against RCB in recent games, their spell will prove vital here.

Though expensive, Harshal Patel has managed to grab important wickets at regular intervals. He will be keen to dominate here as well and so far, he has 17 wickets to his name.

Who Will Win Today Between KKR vs RCB Dream11 Prediction, Match 30

According to Kheltalk’s astrology KKR vs RCB Dream11 match Prediction, RCB will win the match. However, RCB do know it will not be easy and they will not ignore the challenge that KKR can put on here, especially their spinners. For KKR to win, the first thing they need to do is to get their line-up right.