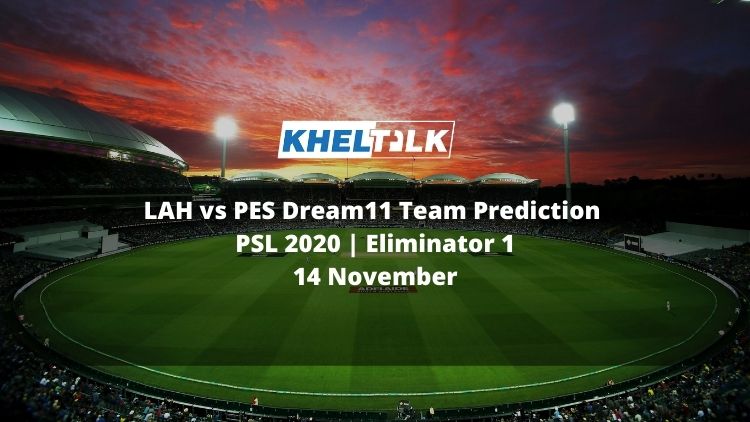 After a closely fought league stage, the PSL 2020 now enters the knock-out stage and hence there is plenty of excitement. The first eliminator of this tournament will be played between Lahore Qalandars and Peshawar Zalmi.

There is uncertainty over the condition of this wicket as a lot will depend on the grass cover it will have. Chances are the pitch will support spinners a bit making batsmen work hard for their runs.

S Afridi is in red-hot form in recent times. He was the leading wicket-taker in the National Cup and now the will be expected from him. In this tournament, e has taken 13 wickets in 9 innings at an average of 18.92. He has a phenomenal strike-rate of 16.1 which makes him very lethal. Considering the assistance for pacers, e will be a big threat in this match.

S Malik may have got older but he is still a mighty good batsman and showed by scoring 56* in the recently concluded National Cup T20 league. Malik has experience of 374 T20s and has got 10145 runs as well as 149 wickets. So he is a big player in this game.

Wahab Riaz is a smart bowler and has all the variations that make him a big wicket-taker. He has got 11 wickets in 9 games in PSL 2020 so far and these wickets have come at a strike rate of 17.30. Riaz has 316 T20 wickets to his name in 261 T20 innings and hence is a must-have bowler in this team.

LAH vs PES Dream11 Prediction: Who will win the match

As this is the eliminator match, both teams will bring the best game. However, the depth in batting and the quality of their all-rounders make Peshawar the winner of this game.