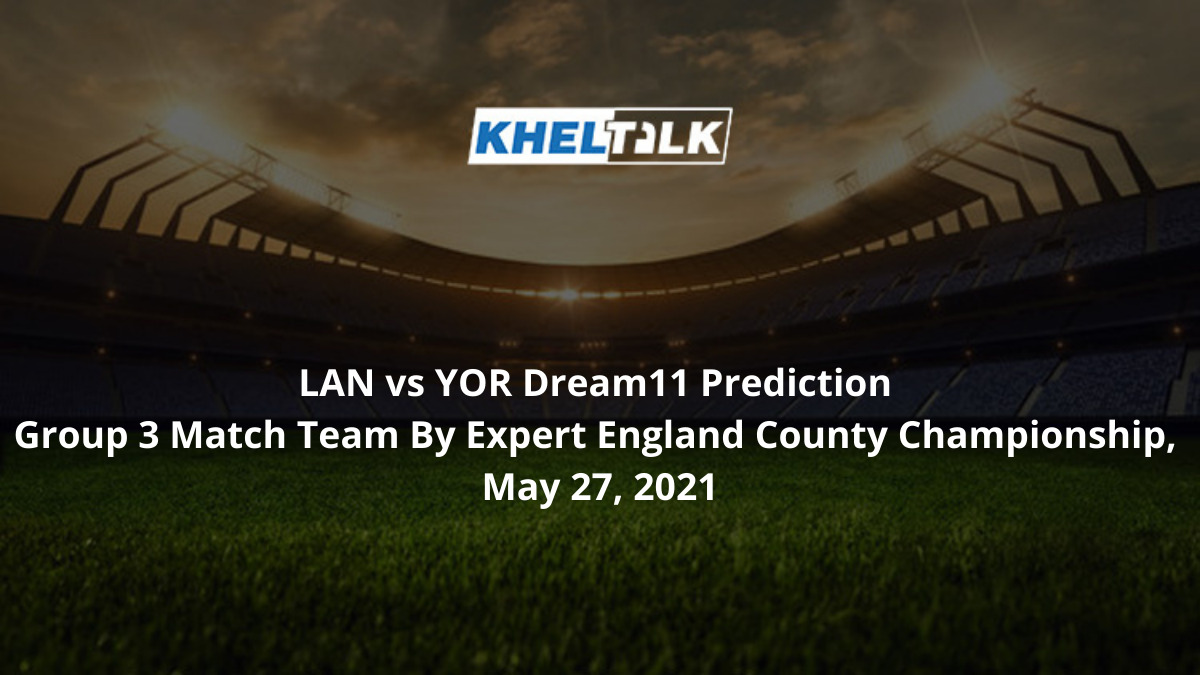 Table toppers of Group 3 – Lancashire and Yorkshire have three wins each from six games, however, Lancashire leads the race by three more points. Yorkshire would be eyeing the first spot, meanwhile, Lancashire will do everything possible to stop Yorkshire from holding the top spot.

It the fastest track in England. It’s good to bat on but spinners later take away the game. The bowlers have to be patient and consistent and by the 3rd and 4th innings. Of the 82 test matches held here, 32 matches were won by teams batting first, 15 by teams batting second, and 33 matches were drawn.

The first day will have sun on the head but rain can be seen on 2nd and the 3rd day respectively with temperature hovering around 18 degrees Celsius.

Lancashire’s last game against Northamptonshire ended up in a draw after the game was affected by the rain. Batting first, Lancashire scored 88 runs with nine wickets in hand. They might step up with a similar lineup.

Yorkshire played their last game against Glamorgan and that even ended up in a draw. Batting first, Glamorgan could only score 149 runs. In reponse, Yorkshire scored 230 runs credit goes to Joe Root’s 99. Then on day four, Glamorgan scored 164 runs and the match was drawn. No changes are expected.

M Parkinson has been lethal with the ball and has chipped wickets at continous interval. In seven innings, he has bagged 19 wickets at an economy less than 2. Don’t miss him out.

A Davies has made his bat talk alot for Lancashire. In eight innings, he has hammered 328 runs at an average of 46.85. If Davies took there for long, then things could turn in favour of Lancashire.

A Lyth has turned out to be one of the most valuable players on his County Champtionship. In ten innings, this lad has scored 538 runs at an average of 59.77 and lookslike he would not throw his wicket.

A Patterson has troubled every batsmen he has bowled to. In 11 innings, he has 21 wickets to his name at an economy of 2.31 and with the best figure of 4/26.

Who Will Win Today Between LAN vs YOR Dream11 Prediction, Group 3 ?

According to Kheltalk’s astrology LAN vs YOR Dream11 match Prediction, YOR will begin this contest as favorites. Well, there are chances that this game could also end up in a draw. Both the sides are in superb form and her stuffed with quality players. a good match is expected here.

According to Kheltalk’s LAN vs YOR Dream11 toss prediction, YOR is likely to bat first at this contest. At this venue, the team batting first has won more game.