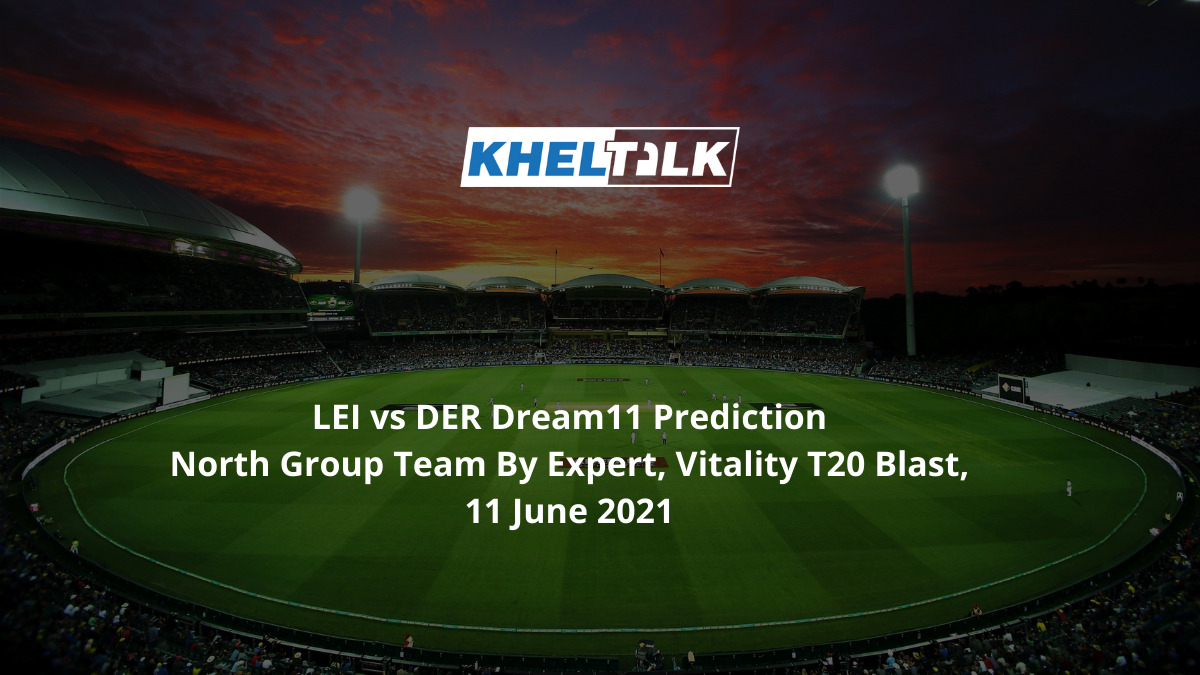 Leicestershire will take on Derbyshire in yet another North Group match on Friday. Both teams will be eager to open their account here as they both had lost their opening game. In fact, both teams went down to the same opponent, Lancashire.

In the first match, Derbyshire made 168 in their 20 overs, thanks to Luis Reece and a couple of cameos from the middle order. However, it wasn’t enough as Lancashire rode high on Liam Livingstone’s brilliance with both bat and ball as they went on to win by six wickets.

Lancashire then took down Leicestershire in their 2nd outing and this time, it was New Zealand youngster Finn Allen. The latter helped the team to reach 172 in their 20 overs and in return, Scott Steel’s unbeaten fifty wasn’t enough to take the team home as they fell 16 runs short of the target.

Grace Road is a batters’ ally and most of the teams have preferred chasing here. In the 37 T20 matches, the chasing team have managed to win 20 matches while the team batting first have won 16. The highest score at this venue is 255 by Yorkshire and the average first innings score here is 162.

Since the pitch supports the batters more, make sure to have more batters as well as all-rounders in the team. Compared to Leicestershire, Derbyshire has a good bowling depth, thus, have more bowlers from Derbyshire.

Led by Alex Hughes, the team do have a good line-up in the form of Godleman, Logan Van Beek among others. The team will miss out on Ben McDermott who recently got his international call-up. Luis Reece once again will be leading the batting attack here.

The team is likely to make Rishi Patel bat a bit up the order after his heroics in the last match. The skipper Colin Ackermann didn’t exactly enjoy his last outing and will be keen to change things around in this contest.

Luis Reece was the star performer in the last contest against Lancashire. The opener scored 59 runs from just 32 deliveries and the knock had five fours and three sixes. He also bowled his full quota, ended with 2 for 26.

Scott Steel almost pulled it off for Leicestershire in the first contest. He stood unbeaten at 54 from 52 deliveries while opening the innings for the team. The knock had a couple of boundaries and a six. Steel is likely to roll his arms for a few overs here, he has 11 wickets in his T20s.

Josh Inglis had a decent start to the tournament but couldn’t convert his start to a big score. He faced 19 balls, scored 34 runs with six boundaries to his name. Inglis is coming into the tournament after a successful stint with the Scorchers and one can expect a power performance from him today.

Colin Ackermann opened the bowling in the last contest and had a good outing there. He grabbed a couple of wickets while giving away just 22 runs from his four overs. He also added 18 runs to the tally. Ackermann is likely to dominate with the bat here.

Logan van Beek had a rough start to the tournament and is likely to bounce back here. He is coming into this tournament after a successful outing with the Netherlands where he had seven wickets in his last three ODIs.

Gavin Griffiths will lead the bowling here. He bowled well in the last match, picked up four wickets while giving away just 24 runs.

Who Will Win Today Between LEI vs DER Dream11 Prediction, North Group Match?

According to Kheltalk’s astrology LEI vs DER Dream11 match Prediction, Derbyshire will begin this contest as favourites. The team has a good record against Leicestershire and are likely to dominate in this contest. However, this is going to be a close one.

According to Kheltalk’s LEI vs DER Dream11 toss prediction, Leicestershire are likely to bat first at this venue. Derbyshire are likely to win the toss and opt for bowling first here because of the conditions, which doesn’t change much for the second innings.