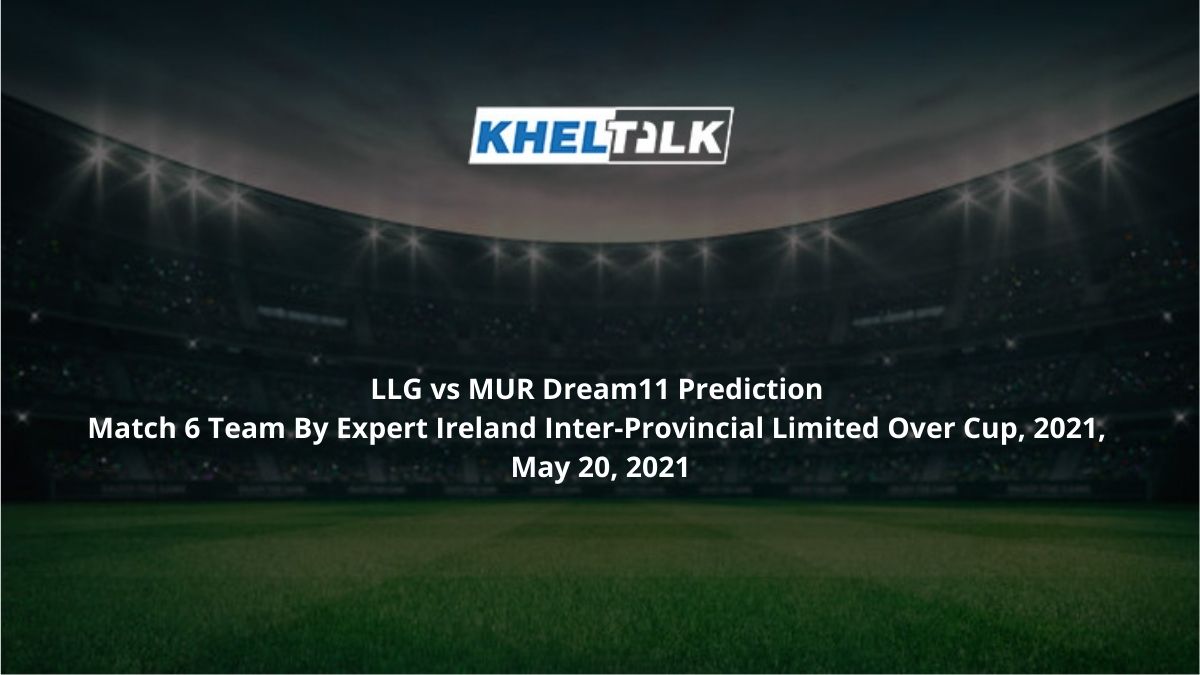 According to LLG vs MUR Dream11 Prediction for Today’s Match Fantasy Cricket, Leinster Lightning will take on Munster Reds in Match 6 of the Ireland Inter-Provincial Limited Over Cup, 2021 on Thursday, May 20, 2021, at the Pembroke Cricket Club. Keep reading to find out about the Ireland Inter-Provincial Limited Over Cup Match 6 LLG vs MUR Dream11 team today.

So far, Leinster Lightning has won two out of three games in the tournament and this makes them grab the second spot on the points table. On the other hand, Munster Reds lost their opening game of the tournament at are bottom of the standings.

The surface at Pembroke Cricket Club offers assistance to both batsmen and bowlers. Bowlers will be loud in the powerplay overs, pacers are likely to get lateral movement. The team batting first is likely to win the game. The average first inning score at this venue is around 200-250.

The weather reports suggest that there are chances of light rain and the temperature is expected to hover around 8.11. Bowlers will get help in these overcast conditions.

Leinster Lightning will be looking forward to bouncing back strong after losing their previous game against Northern Knights by 5 wickets. Batting first, Lightning posted 243 runs on the scoreboard but their bowlers couldn’t stop the run flow and let them reach the target with 37 balls remaining. They might not make any changes as it’s their first defeat.

Well, losing an opening game isn’t always good for the team’s morale but you never know how these Reds might step up for the upcominggame. No changes are expected as management is likely to give players one more chance.

M Commins hammered 61 runs in the opening game for Reds smashing five fours and a six. The innings clearly stated his form and is likely to perform again.

A Balbirnie is another important asset for Lightning. Playing just one game, he has scored 126 runs but unfortunately, his century didn’t help win them the game.

B McCarthy has been lethal with the ball. So far, he has chipped eight wickets in three games and will not let his fan down in the upcoming game.

G Dockrell has scored 209 runs in three innings including an unbeaten century in the second game. So far, he has hit fours and six sixes.

Who Will Win Today Between LLG vs MUR Dream11 Prediction, Match 6?

According to Kheltalk’s astrology LLG vs MUR Dream11 match Prediction, LLG is likely to win this match with ease. Lightning has got some great names and their tip order has been delivering ell for the side. Bowlers are in form too. It will not be easy for red to crush them down.

According to Kheltalk’s LLG vs NK Dream11 toss prediction, The LLG will win the toss and choose to bat first as most of the games at this venue are won by the defending teams.