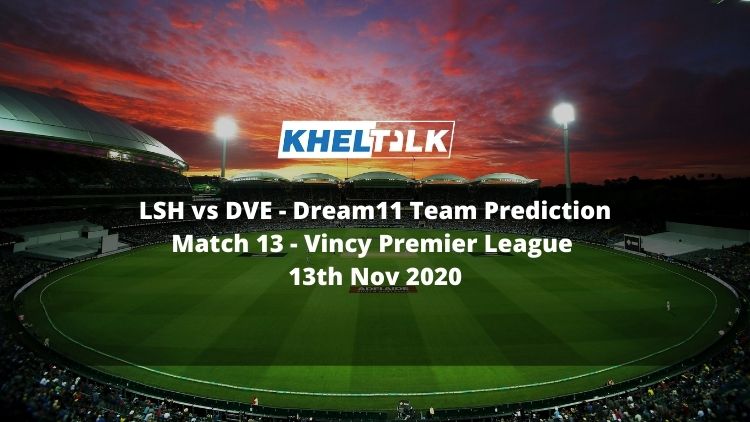 In a very important game in the Vincy Premier League T20, La Soufriere Hikers will take on the Dark View Explorers. Both the teams are currently placed in the middle of the points table and hence they desperately need a win to keep their campaign alive. So let’s look at the LSH vs DVE, Match 17 Dream11 Team Prediction, Top Captain & Vice-Captain Picks, Head to Head, Grand League, and Fantasy Tips.

This wicket will allow batsmen to play their strokes but at the same time has something for the bowlers too as the ball might have variable bounce.

Salvan Browne is a very reliable batter and he is in good form in this tournament. He has got some very good scores will opening the batting. Browne started with 21 runs from 22 balls against FCS and then followed it up with a very good 28 runs from 12 balls against DVE. He has 52 runs in 3 innings.

D Greaves is in the top-class form in this tournament and has scored some very important knocks. He got 82 runs from just 36 balls against GRD and later he scored 20 runs versus LSH in just 15 balls. Plus he can roll his arm too. He has 2 wickets in the last 2 games. He has 122 runs in the last 3 games.

Shammon Hooper started the tournament with 52 runs from just 28 balls against SPB and in the same game, he collected 1 wicket as well. However, he then had 2 quiet games. But he bounced back really well against LSH and scored 28 runs from just 19 balls. He has 87 runs in 4 innings.

S Williaams bowled a dream spell in the last math against LSH. He has all the skills to make use of the conditions and can be very lethal. He picked 3 wickets in 2 overs in the last game and showcased his class. So he is a very important player on the team.

LSH vs DVE Dream11 Prediction: Who will win the match

The high performing batting order of DVE makes them a dangerous team and it seems the bowling attack of LSH won’t be able to contain them. So DVE will win this game.