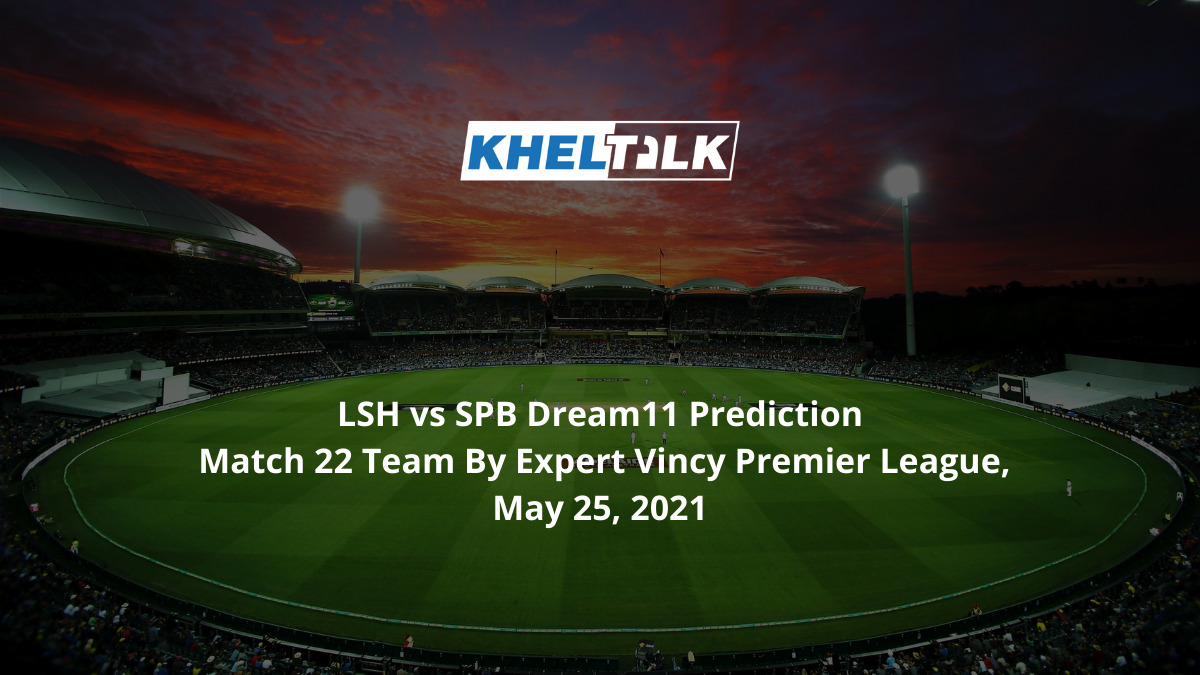 La Soufriere Hikers would be satisfied with their performance so far – winning four of the six matches they have played so far. At present, they sit at the third spot on the points table and will be eyeing towards the peak as the tournament progresses.

However, The Salt Pond Breakers have struggled with their form as they have tasted defeats in three of their five matches so far. The good thing is they have a decent net run rate, it’s just if they manage some wins here, they can grab a good spot on the table.

Well, batsmen are still finding it touch to score runs in the powerplay overs. Bowlers have been dominent here. We can expect – 70-90 is the predicted first innings par score.

There will be no interruption from the rain despite broken clouds in the sky. The temperature will hover around 27 degrees and 29 degrees Celcius for most of the day and is likely to get low during the match time.

LSH lost their previous game against DVE by mere 11 runs. Chasing down the target of 105 runs, LSH was restricted for 94 runs. There can be few changes in the middle order.

Coming so close to glory, Breakers again found them unfortunate and lost the game against Rangers on the last ball of the game. Bowlers were a bit disappointing in the middle overs. Changes are expected.

Dillon Douglas has been doing wonders with the bat for Hikers. Last season, he scored 203 runs at an average of 33.83 along with four wickets in bowling. Well, this season, he has hammered 164 runs and has 4 wickets to his name.

Benninton Stapleton has mastered this format. He has chipped 21 wickets in his T10 career and even holds a strike rate of 140.00 with the bat.

Sunil Ambris is one reliable pick from Breakers. Last season, he was outstanding with both bats as well as with the ball. Well, he has been delivering well this season also – 149 runs & 7 wickets.

Javon Samuel has turned out to be an effective bowling option for Breakers. So far, he has bagged six wickets in the tournament and is expected not to let the fans down.

Who Will Win Today Between LSH vs SPB Dream11 Prediction, Match 22?

According to Kheltalk’s astrology LSH vs SPB Dream11 match Prediction, LSH will begin this contest. Breakers lack quality players and their top order hasn’t been consistent with the bat so far. That’s where LSH will rule over the game.

According to Kheltalk’s LSH vs SPB Dream11 toss prediction, LSH are likely to bowl first here. Chase gets easier here and the Breakers bowling attack hasn’t shown their lethal form yet.