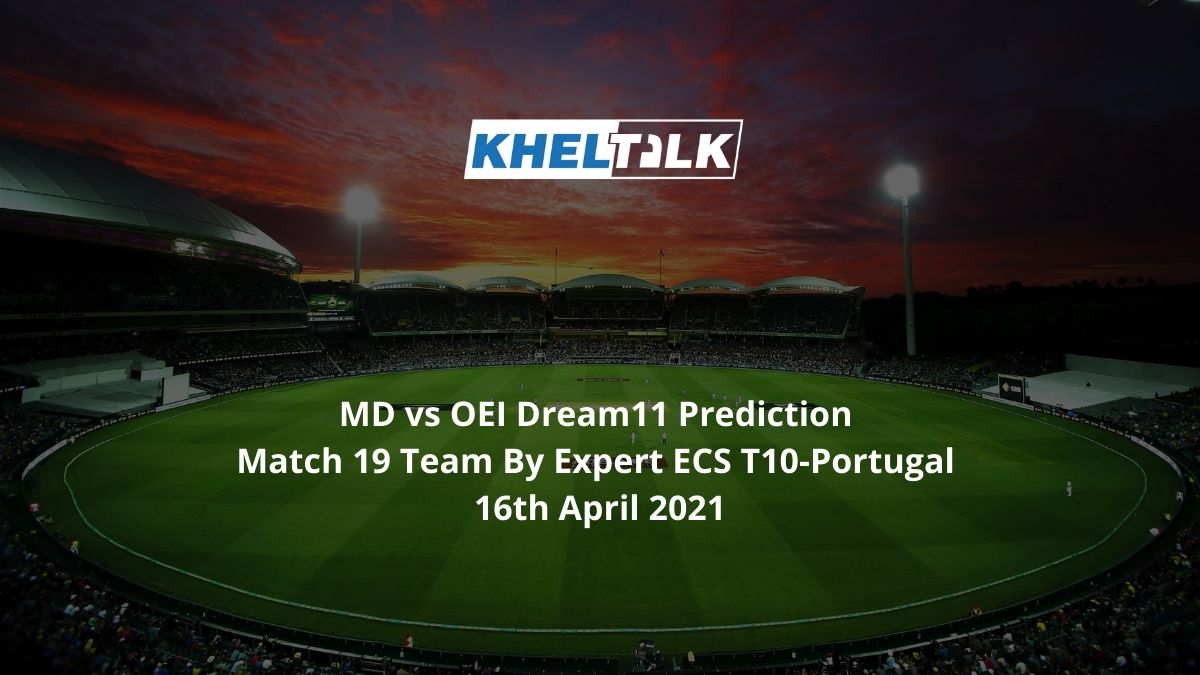 According to MD vs OEI Dream11 Prediction for Today’s Match Fantasy Cricket, Miranda Dragons will take on Oeiras in the 20th match of the ECS T10 Portugal on Friday, 16th April, at the Estádio Municipal de Miranda, do Corvo, Keep reading to find out about the ECS-T10 Portugal Match 20 MD vs OEI Dream11 team today.

Miranda Dragons are on the verge of exiting the tournament. The game against Oeiras is a must-game for them else their chances will be low in order to move ahead in the tournament. At present, they are in the fifth spot with just two points to their name.

On the other hand, Oeiras has had a decent run so far as they have won four out of six games played and are at the second spot in the standings. Oeiras is the favorite to win this game

Here are the stats for the teams MD vs OEI

Well, this shorter format tournament has been bowlers dominating the game and it’s quite rare. Batsmen are seen struggling to score runs at this venue. The team winning the toss is likely to bat first.

Comparing both the teams, boast a power-packed batting unit, so make sure you pick more players from the side. Go with the combination of 7:4.

Top order and the middle order have failed misrebly to score runs for Dragons and that the reason why they have seen defeat in most of their game. Changes are expected for this importnat game.

Talking about Oeiras, they have been outstanding with the bat as well as with the ball. Now they will be focusing on grabbing the first spot in the standings.

Krut Patel has smashed 97 runs in five innings at an impressive strike rate of 134.72 and this makes him the leading run-getter for the Oeiras.

Ibrahim Mohammad has chipped six wickets for Dragons in four matches. Also, he didn’t concede a lot of runs in his spell and has an economy of 5.62.

Conrad Greenshields has been the best all-rounder in the tournament so far. He has hammered 61 runs off five innings at a strike rate of 141.86 including six sixes and has 9 wickets to his name.

Abdul Mohshin has been lethal with the ball for Dragons chipping four wickets in four games at an economy of 6.14. Don’t miss him out.

Who Will Win Today Between MD vs OEI Dream11 Prediction, 20th Match?

According to Kheltalk’s astrology MD vs OEI Dream11 match Prediction, the OEI will win the match. Having a better line up, OEiras clearly stand ahead for Miranda Dragons and will surely endup notching this game.

According to Kheltalk’s MD vs OEI Dream11 toss prediction, OEI will win the toss and will opt to bat first as the chase gets a bit difficult at this venue.