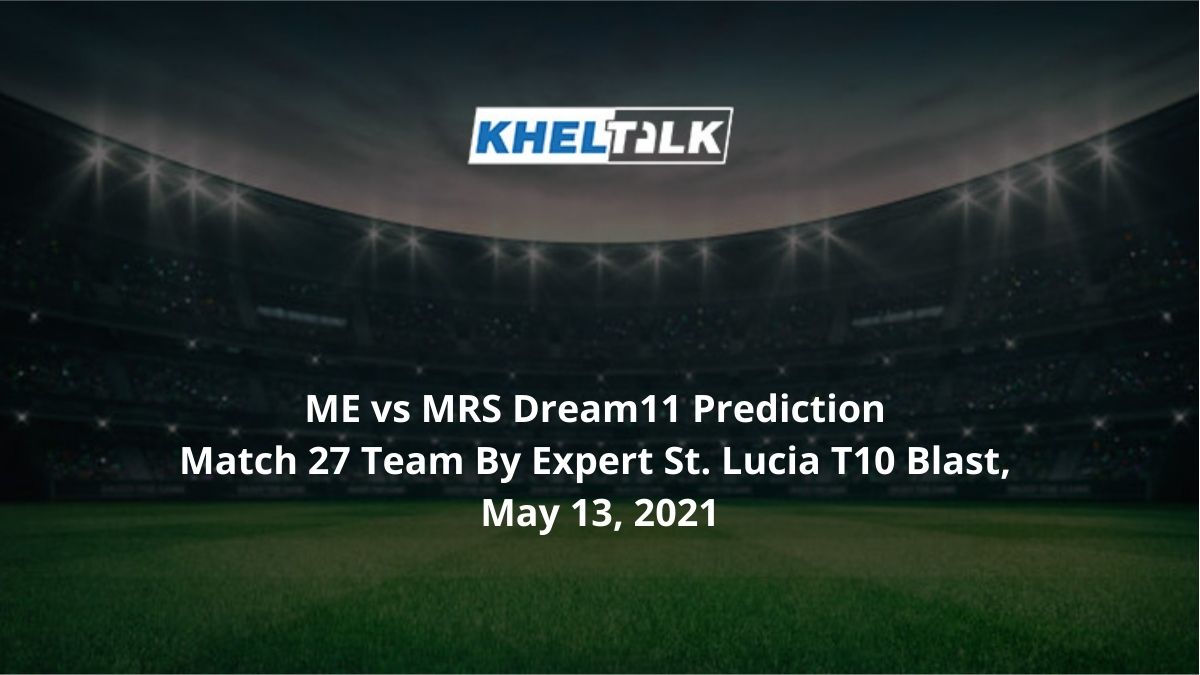 Eagles will be kicking themselves for losing their first match of the tournament to Central Castries. The latter went full berserk and had a good ending to the tournament. On the other hand, despite getting into the next stage of the tournament, that loss is certainly a heartbreaking one for the Eagles and it will be interesting to see how they bounce back here.

Mon Repos Stars had a good outing last night and they took down Leatherbacks with ease by eight wickets. Most importantly, it was a team effort and everyone chipped in for a win. They will be getting into this match with high confidence and might pull off a win here.

ME vs MRS Match Prediction

While Dareen Sammy Stadium has provided support for the bowlers, the recent matches had teams going berserk. The average first innings score in the last five matches is close to 90 and most teams were able to chase down bigger targets with ease. Eagles are one of the teams that had crossed 100 runs with ease and they will be the one to watch out for here as well.

The team is in good form at the moment and will look to add more wins to the tally. In the last match, captain Charley took the responsibility to take the team home and is expected to do well in this contest too. Descartes is yet another player to watch out for in this contest.

Despite being the best team in the tournament, Eagles went down in the last contest and will be looking to bounce back here. All eyes will be on skipper Darren Sammy who is yet to find his form and this could be his day.

Sadrack Descartes will be the main man for the Stars team in this contest. He is in excellent form and can contribute from both fronts. He will be batting at number three and can add more runs to that tally. His best performance came against the team GICB where he had a couple of wickets.

Murlan Sammy is the best player in the Eagles team when it comes to fantasy cricket. He has contributed from both fronts. His best knock came against the team VFNR recently where he ended up smashed eight sixes and four fours for his 75.

Mervin Wells began the tournament well but is having a rough patch at the moment. He will be looking to bounce back here and is the best player in the batting category. His best performance came against team VFSS where he smashed 55 runs with 7 fours and 3 sixes.

Lanse Sammy is more of a tricky pick for captain but can turn gold because of his current form. Sammy is the best bowler in the Eagles team and is economical too. We can expect a couple of wickets from him today and he is capable of clearing the fence with ease.

ME vs MRS- Top Picks by Experts

Kevin Augustin is just too good to be ignored. Though he is not in good form lately, he can bounce back anytime and can rule the day. He began the tournament well with a couple of wickets to his name against the team GICB.

Head to Head Dream11 Team Prediction ME vs MRS

Who Will Win Today Between ME vs MRS Dream11 Prediction, Match 27?

According to Kheltalk’s astrology ME vs MRS Dream11 match Prediction, ME will begin this contest as the favorites. Despite losing their last match, the Eagles are likely to gather themselves well and are expected to win this. However, it will not be easy for them as team MRS is in good form at the moment.

ME vs MRS Toss Prediction today

According to Kheltalk’s ME vs MRS Dream11 toss prediction, Eagles are likely to bowl first in this contest. The team’s only loss came while batting first and thus, they will opt to bowl first here. Also, 60 per cent of the matches are won by the team batting second here.