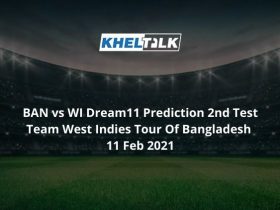 Namibia proved why they are considered a better side on the Associate circuit after notch two back-to-back victories to seal the T20 series. Namibia has got great quality players with the likes of JJ Smit and Erasmus but they really need to work on their bowling department to keep the South African side on the rocks.

On the other hand, Sinethemba Qeshile led South African side are stuffed with quality players and will be eager for vengeance when they meet Namibian in the ODI series. We are about to witness a cracking cricket contest when these two would step up again on the pitch.

The surface at Wanderers has been quite supportive to both bowlers and batters. Anything over 270 is a competitive total at the Wanderers Cricket Ground. Pacers will keep it tight in initial overs, keeping batsmen on their toes. Batting first is an advantage here

There is no chance of rain in Windhoek on match day. The forecast suggests having a clear sky with a temperature hovering around 16.78.

Merwe Erasmus and Eaton will open the innings for Namibai, followed by S Baard, Kotze, and JJ Smit. Middle Order will be taken care of by M van Lingen and late hitting duties will be given to C Williams. Ruben Trumpelmann and B Shikongo will lead the bowling department.

South African would start this series as an underdog but few quality players can turn out to be the most valuable player of the match. Having Qeshile and JJ Smit to their side, they would surely give a tough competetion.

JJ Smit thrashed every bowler int he T20 series for Namibia. In three innings, he scored 148 runs at an average of 74.00 including 5 fours and 14 sixes. He even got two wickets in the series. He will surely not disappoint his fans in the ODI series. In 8 ODI games, he has scored 144 runs at an average of 20.6. I know that not a great stat but this in-form player will score runs in the series.

Ruben Trumelmann is the highest wicket-taker for the side. In three games, he chipped four wickets at an economy of 6.70. This bowler is capable getting early wickets which can disbance the opposition.

Jonathan Smith hammered 91 runs in two innings at a strike rate of 175.00 including five fours and six sixes. He can be very dangerous if he stays on the crease for long. Bowlers must try everything possible to chip him down, else he can turn the table very quickly.

Bowling 12 overs, D Galiem chipped three wickets at an economy of 8.75 in the T20 series and if he keeps throwing ball on the line, he will not let the batsmen score runs on his balls.

Here is the Dream 11 Team prediction for NAM vs SA-E. We are going with players who are currently in good form and can win the match with ease.

Head To Head Team For NAM vs SA-E

Who Will Win Today Between NAM vs SA-E Dream11 Prediction, 1st ODI?

According to Kheltalk’s astrology NAM vs SA-E Dream11 match Prediction, NAM will win the match. From losing the opening game to winning the T20 series, Namibia would be high on confidence and South African would again step up as an underdog. That’s where Namibia will take the advantage and dominate the game.

According to Kheltalk’s NAM vs SA-E Dream11 toss prediction, NAM will win the toss and opt to bat first. Most of the games at this venue have been won batting first. Chasing is quite tough here.