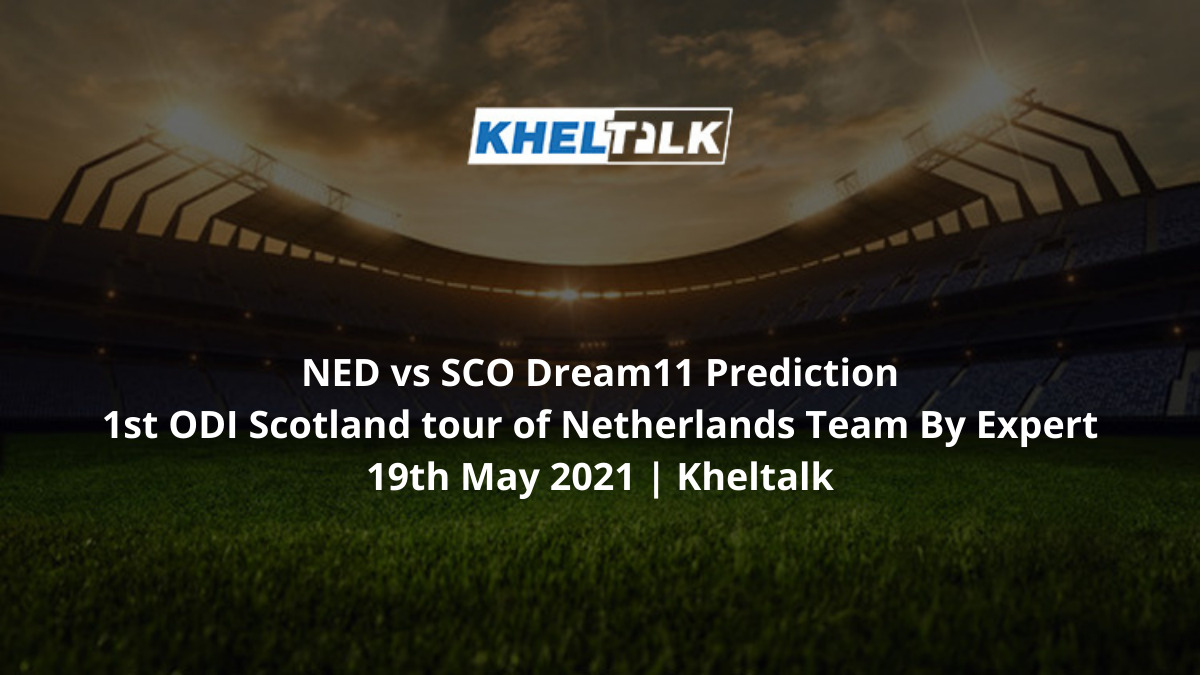 The inaugural match Scotland tour of Netherlands will be played at Hazelaarweg, Rotterdam. Talking about both sides, Scotland has won three of their last five games, meanwhile, Netherlands has won four and lost one. Both the sides last met in the Match 41 of the ICC Men’s T20 World Cup Qualifier, 2019 where the Netherland defeated Scotland by four wickets, and Pieter Seelaar was awarded Man of the Match.

The surface at Hazelaarweg, Rotterdam favors both batsmen and the bowlers. The first inning score at this venue in last five game is 187 runs. The team batting first has won 40% of its matches at this venue. Winning the toss isn’t much necessary here.

According to the reports, the temperature in Rotterdam on Wednesday is expected to be in hovering around 14 to 15 degrees Celsius. There are changes of rain. Humidity is expected to be around 76%, the wind speed has been forecast at 18 km/h.

There are three changes – Josh Davey and Michael Jones both miss out to fulfil county commitments, while Stuart Whittingham was forced to retire with a back injury in September. Seamers Gavin Main and Adrian Neill are both included, while Michael Leask also returns after missing out on the most recent squad.

Off-spinner Aryan Dutt will be handed over his first ODI cap and Netherlands would be hoping to bounce back strong after being thrashed down by Nepal in the final of the Tri-Nation T20I Series last month by massive 142 runs.

Max O’Dowd is an impressive white ball player who has hammered six half-centuries and one hundred to his name in T20I cricket. If he gets well on the pitch, he is likely to give a pleasant start.

Don’t miss out on the skipper Pieter Seelar. He is an effective slow left-arm bowler who has more than a hundred international wickets to his name.

Kyle Coetzer is one of the most experienced players in the side. He has been continuously performing since his debut in 2008. Not to forget, he is the only and first Scottish player to hit a hundred in a World Cup 2015.

Here is the Dream 11 Team prediction for NEP vs NED. We are going with players who are currently in good form and can win the match with ease.

Head To Head Team For Netherland vs Scotland

Who Will Win Today Between NED vs SCO Dream11 Prediction, First ODI match?

According to Kheltalk’s astrology NED vs SCO Dream11 match Prediction, NED will win the match. It will be interesting to see how both sides approach this game. We can surely expect a close game here but we predict Netherland to win the match as they have recently played some competitive cricket in the last few months.

According to Kheltalk’s NED vs SCO Dream11 toss prediction, Whoever wins the toss will opt to field first because of the conditions. Chase might get easier in the second innings.