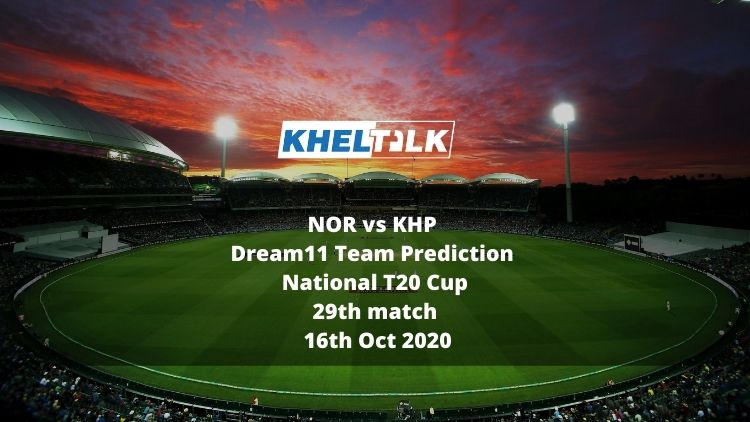 In the 29th match of the National T20 league 2020, two strong teams face off each other. Northern and Khyber Pakhtunkhwa are heavily loaded with superstar players and have dominated this tournament. Northern have six of their seven games and are at the top of the points table while KHP has won five games from eight and is at the second position.

We are still seeing high scores being registered in this tournament. Expect this trend to continue. Both teams have good bowling units so that means we won’t have a six-hitting contest but the batsmen will enjoy more than the bowlers.

NOR vs KHP Dream11 Team News:

NOR vs KHP Dream11 Prediction, Line-Ups:

Captain Pick for NOR vs KHP Dream11 Team

Fakhar Zaman is the leading run-scorer for Khyber with 271 runs and 3 fifties and importantly these 3 fifties have come in the last 5 innings.

S Afridi is the best bowler in this tournament so far. He has 16 wickets including 2 five-wicket hauls.

In just 2 games, Musadiq Ahmed has made a massive impact in this tournament. He has scored 58 runs at a strike-rate of 252.17 and has two wickets as well.

Haris Rauf is brilliant with the ball and has 14 wickets at an average of just 11.42. He also has a strike-rate of 9.4 which is impressive.

NOR vs KHP Dream11 Prediction: Who will win the match

This is an interesting match as two high-quality teams battle with each other. Both Northern and KHP have plenty of strengths so it will be a close match. However, recently Khyber’s bowling has come under pressure and they have lacked confidence. Due to this Northern are favorites to win this game.