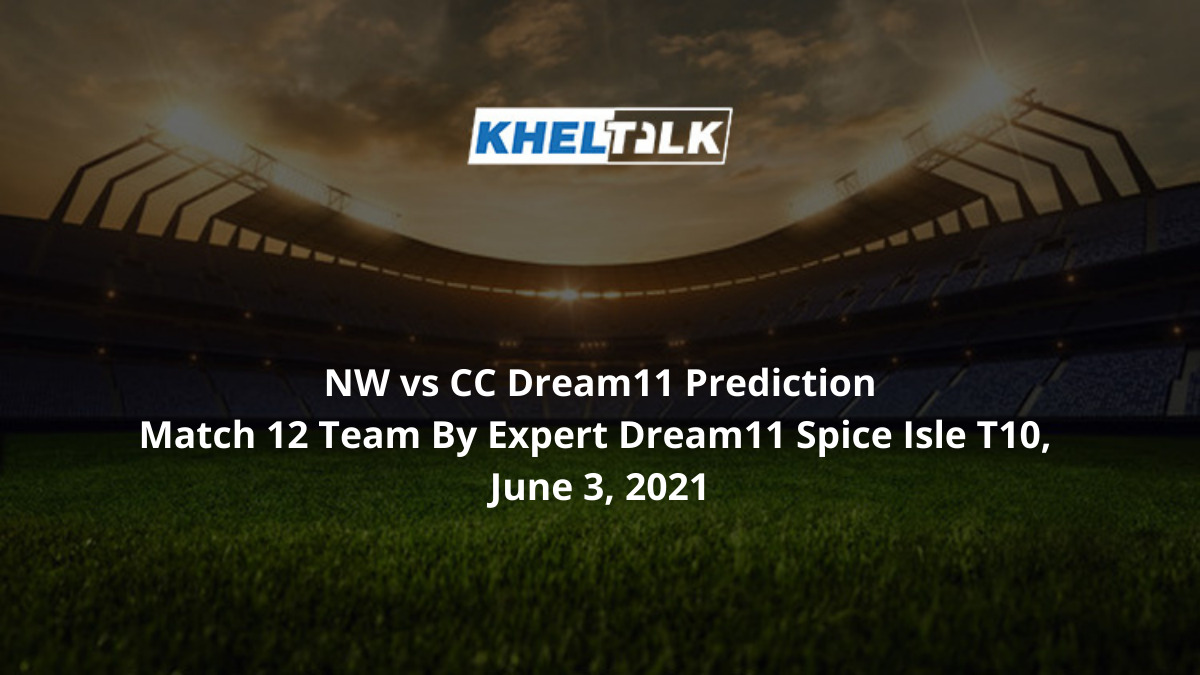 According to NW vs CC Dream11 Prediction for Today’s Match Fantasy Cricket. Clove Challengers will take on against Nutmeg Warriors in Match 12 of the Dream11 Spice Isle T10 on Thursday, June 3, 2021, at the National Cricket Ground. Keep reading to find out about the Match 12 NW vs CC Dream11 team today.

Nutmeg Warriors had an excellent start to the tournament when they had managed to chase down 117 with 10 wickets in hand in their opening match but since then, the team went on to lose their next two matches while trying to chase 107 and 121.

On the other hand, Clove Challengers failed in both matches where they had batted first but was able to get past the barriers in the recent match where they had managed to chase down 84 for victory against the Ginger Generals. Both teams will be desperate for a win here and that makes this contest an excellent one.

The pitch has been a bowlers’ ally in most of the games but in recent times the teams have managed to reach the 100-run mark with ease. The average first innings score at the moment is 71. Also, the teams batting second have an upper hand here.

The rain is on cards on Thursday here. However, during the match time, the climate likely to stay cloudy and there is a huge chance that the rain might stay away during that time. However, going by the whole forecast, the temperature will be around 27 to 31 degrees Celcius and scattered thunderstorms are possible.

Despite having a good line-up, the team had managed to lose their last two matches and are in need of a desperate win here. All eyes will be on Fletcher once again who single-handedly helped the team to win their first contest.

The team will enter this contest with confidence after winning their match recently against Ginger Generals. Also, they will be looking to bat second here as their only win came while chasing. Teddy Bishop could be the game-changer for the team here.

Andre Fletcher, undoubtedly, is the best choice when it comes to the captain here. He began the tournament with 79 runs and 4 wickets against Team CP. In the next two matches, he couldn’t score much but had managed to pick up wickets.

Since Nedd can contribute from both sides, he could be the difference between the two teams here. His best performance came against Ginger Generals where he ended up scoring 50 runs. The knock had five wickets and three fours.

Jackson will lead the bowling attack here. He is in good form at the moment and his best performance came against the team SS where he had picked up a couple of wickets. He is also useful with the bat and can add 20 to 30 runs at the end.

Alexis has vast experience which makes him a good pick here. He looked in good form in his last outing against Ginger Generals. He had 38 runs and also has managed to pick up a wicket in that contest. He so far has three wickets to his name.

Who Will Win Today Between NW vs CC Dream11 Prediction, Match 12?

According to Kheltalk’s astrology NW vs CC Dream11 match Prediction, NW is likely to win this contest. Though the team is going through a rough patch, they are capable of pulling off a win with ease and for that, they need their best all-rounder Andre Fletcher to perform well here.

According to Kheltalk’s NW vs CC Dream11 toss prediction, NW is likely to bowl first here. While the team has couple of matches while chasing, they also had managed to win their first match by batting second. One can expect them to do the same here.