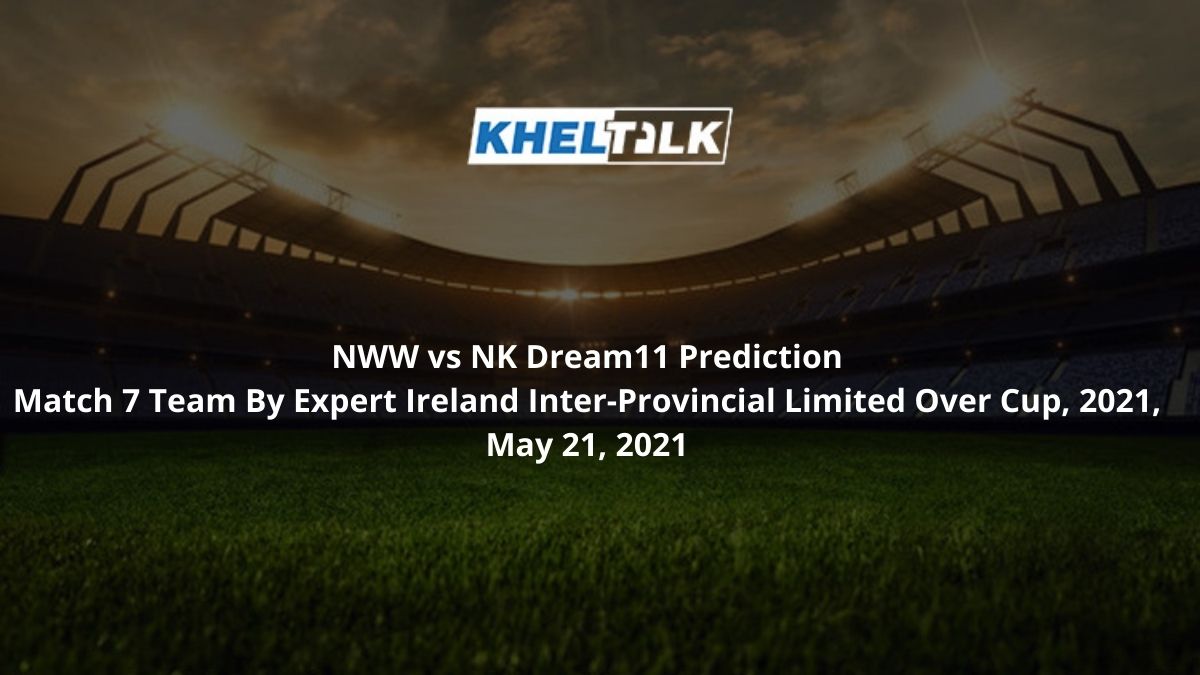 According to NWW vs NK Dream11 Prediction for Today’s Match Fantasy Cricket, North West Warriors will take on Northern Knights in Match 7 of the Ireland Inter-Provincial Limited Over Cup, 2021 on Friday, May 21, 2021, at the Bready Cricket Club, Magheramason, Bready. Keep reading to find out about the Ireland Inter-Provincial Limited Over Cup Match 7 NWW vs NK Dream11 team today.

Table-toppers North West Warriors will be hoping for a win here so that they do not have to lose the spot. Playing three games, they have won two and lost one. On the other hand, Northern Knights have struggled a bit. They are currently at the third spot with just one win from three games. It’s time for them to bounce back before they exit the tournament.

The surface at Bready Cricket Club has supported the batmen and has even helped the bowlers to hit the right areas. However, bowling first is the better option at this venue.

The weather reports suggest that there are chances of light rain and the temperature is expected to hover around 8.11. Bowlers will get help in these overcast conditions.

Both the sides met in the 5th fixture of the tournament and batting first, North West Warriors posted 298 runs on the board. In the response, Norther Knights were bundled out for mere 236 runs. Warriors might step up with a similar lineup.

Knights faced a humiliating defeat against Warriors in the previous game. Thye might come up with somechanges in their middle order who can do some late hitting for the side and keep the scoreboard running.

kj has scored maximum runs for the Warriors so far. Playing three innings, he has hammered 115 runs at an average of 38.33. He is in great touch and will surely help you earn points.

G Hume has been the most impactful all-rounder in the tournament. Not just he has scored 56 runs off his bat but has turned out to be a lethal bowling option as well. So far, he has four wickets to his name.

J Lawlor is the highest run getter for Knights. In three innings, he has shown no mercy to the bowlers. Scoring 207 runs with the highest score of 95, this player can turn the table whenever he wants.

L Georgeson has been an x-factor player for the side. On one hand, he hammers 126 runs off his bat and then shows off his bowling skills and chips four wickets.

Who Will Win Today Between NWW vs NK Dream11 Prediction, Match 7?

According to Kheltalk’s astrology NWW vs NK Dream11 match Prediction, NK is likely to win this match with ease. Knihgt would step up with a clear intention of taking a revenge here. Despite having more quality players, they couldn’t come up with good result in the last game. Well, they are likely not to repeat the mistake again.

According to Kheltalk’s NWW vs NK Dream11 toss prediction, The NWW will win the toss and choose to bowl first as chase getts easier at this venue.