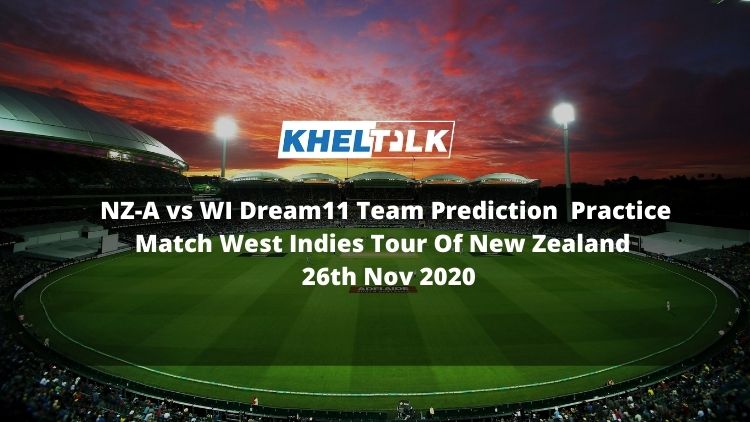 The second practice match between New Zealand and West Indies will be played between November 26 and 29 at Queenstown. This is the last chance for both teams to check the fitness and form of their key players before the start of the Test series. The game is also an opportunity for fringe players to make a claim in the playing XI for the Test matches. So let’s have a look at our NZ-A vs WI Test Match Dream11 Team Prediction, Top Captain & Vice-Captain Picks, Head to Head, Grand League, and Fantasy Tips.

The last match saw the ball nicely coming on the bat and in this match, the same can be expected. The bowlers will have to toil hard while the batsmen can enjoy playing for a long time.

D Bravo showcased his class in the last match by scoring a splendid century. He scored 135 runs off 214 balls and occupied the crease for 279 minutes. He has an impressive record in the red-ball game. The southpaw has featured in 170 first-class games and has scored 5872 runs at an average of 36.24. D Bravo also has 12 hundred on his name. Considering his numbers and his recent form, he is sure to score more runs in this game.

The New Zealand opener was the stand-out batsman in the last game for his side as he opened the innings and also scored 112 runs from 187 balls. He has scored 1015 runs in first-class cricket at an average of 32.74 and has scored 1 hundred and 7 fifties.

H Nicholls is the most experienced and the most accomplished batsman in the New Zealand team. And he scored 76 runs in the last game to prove his batting mettle. He has batted in 135 first-class innings and averages 38.52. He has scored 4777 runs and importantly has scored 10 hundred and 27 fifties. Nicholls will be a key batter in this game as he has the temperament to play the long innings and can score runs at a brisk pace as well.

J Duffy was the best bowler in the last match for both teams. He claimed 3 wickets in 19 overs and made great use of the new ball. In this match too he can be expected to make the new ball talk and claim more wickets. He has 188 wickets in 66 first-class games and has a strike-rate of 62.1.

NZ-A vs WI Dream11 Prediction: Who will win the match

New Zealand in the last game proved that although their players lack international experience, they are the better team in these conditions. In this match too, their strong batting line-up gives them the advantage in this game.