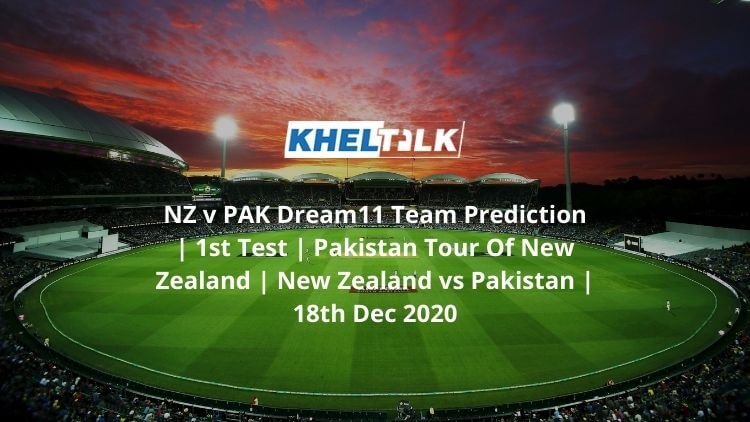 New Zealand is silently having a great run in international cricket, after losing the ODI World Cup by a mere margin, they are now eying for T20 World Cup as well. Now the series against Pakistan will be a test for few young Kiwi talents against a strong Pakistan side. Pakistan surely will be missing the likes of Babar Azam who is out due to injury. The first T20 game between Pakistan and New Zealand will be played at Eden Park, Auckland on the 18th of December 2020. Let’s go through our Dream11 Team Prediction for the 1st T20 game between New Zealand and Pakistan.

Condition in Auckland will mostly favor the batsmen. The surface is expected to be flat along with a bit of bounce in it. Boundaries are small here. A high scoring game is underway for sure. A score near 190-200 will be enough to defend.

Martin Guptil is the most senior player on the side. A lot of expectations are over him. the 13th ranked T20I batsman in the World, has smashed 2575 runs in 87 innings and has hit 15 half-centuries and 2 centuries in this format. Don’t miss him out.

Pakistan All-rounder M Hafeez has gotten better with time and has had some staggering T20 knocks this year. Kiwi’s having no lethal bowling line up, he can definitely take it an advantage. In the last 6 games, he has scored 258 runs at an average of 129.00.

Shaheen Afridi must be in your every dream team as this pacer can move the new ball with different variations and this makes him more lethal. In 15 T20 games, he has chipped 15 wickets to his name.

Jimmy Neesham wasn’t much effective with KXIP in IPL but he did come wonders against West Indies and did some mind-blowing cameos. Neesham has a strike rate of more than 150 in this format and can even do wonders with the ball.

NZ vs PAK Dream11 Team Prediction: Who will win the match

Our experts will stick to the home side despite they are stepping up without a few important players. They must be careful with the Pakistan bowling line up. Our Dream11 Team Prediction experts believe the match is likely to be won by the home side of New Zealand.