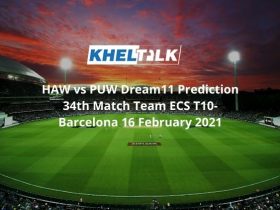 The second-string New Zealand side which had neither Williamson nor Taylor proved worthy against Bangladesh who went down twice in the ODI series already. After a forgettable performance in the 1st match, Bangladesh batted well in the second and their main men stepped up at the right moment.

Even with the ball, the team was dominating at one point when they removed three of the top order batters for just 53. However, skipper Latham and newbie Conway took the game away from the visitors. Their fielding was one of the major reasons for the loss, something they need to improve here to save a clean sweep.

Unlike the conditions at Otago, Basin Reserve will enjoy a good batting surface. New Zealand had dished out the green-top recently last year and that had helped the batters to get some important runs on board. A good total of 280 will be a par score here and anything under that will be easily chasable.

Thankfully, Wellington will have a contrasting weather condition to Otago on Friday. The sunny will take over and the climate will be perfect for a full game of cricket. Most of the teams have preferred batting first at this venue, once again, something different from other venues.

New Zealand once again will dominate the fantasy players’ list and one can expect nothing less from them. Also, it’s important to stack the team with experienced candidates from Bangladesh, Tamim Iqbal is one of the most popular picks from the team.

Thanks to their domestic form, New Zealand have successfully produced a series victory with a second-string team. Now, for the 3rd ODI, the team will have the services of their legend, Ross Taylor. The batter missed out on the first two contest because of injury. Now that he is back, the team is looking stronger than ever.

Since Ross Taylor will be returning for this contest, the team will leave out Will Young. Though he didn’t get a proper chance to showcase his talent, he will not forget this debut as New Zealand have already bagged the series. Also, the team might rest Trent Boult here.

After losing the first match poorly, the team came back stronger in the second, especially when it comes to batting. Though they still have a lot to work on here, starting from fielding, one can be sure of a much-improved performance once again.

The team will be happy to bat first once again in this contest, something that worked well for them here. A disciplined performance from Tamim Iqbal in the last contest had them back on track but unfortunately, the fielding let them down. The team is likely to go with same eleven.

Tom Latham led his team from the front very well in the last contest. His services will be required once again here and he sure will be happy to perform, after all he eats runs to cope up with his hunger. What makes him special is the way he makes batting looks easier. At Wellington, the condition will even more preferable for batters and we can expect a good knock from him.

Devon Conway has sealed his place in the team already even though this is just his third ODI. The Wellington keeper looked good in both contests and is among runs as well. In the last match, he played the perfect second fiddle for Tom Latham and helped New Zealand to win the game after initial panic.

Tamim Iqbal once again will be under the radar in this contest. He was the star performer in the last match where he had a brilliant half-century. He looked good there and if not for Neesham’s brilliant footwork, he would have scored his ton for sure.

Martin Guptill did look threatening in both contests even though he couldn’t make a huge impact. Now that Ross Taylor is back into the side, Guptill can free his arms now and will be playing with less burden as the team will always know what Ross Taylor will bring in. We can expect a good knock from Guptill in this contest.

He has slowly grown into the team’s go-to man during a crisis. Even in the last match, his footwork to dismiss Tamim Iqbal was the turning point of the match. Despite his batting and bowling, Neesham can grab points through something special like this.

Playing a sensible knock or taking the team to a massive win has been Rahim’s USP for a long time now. He will be keen to get some runs on board in this contest and if he comes good here, Bangladesh has a huge chance of winning this contest.

Who Will Win Today Between NZ vs BAN Dream11 Prediction, 3rd match?

According to Kheltalk’s astrology NZ vs BAN Dream11 match Prediction, NZ will win the match. Of course, with the inclusion of Ross Taylor, they look even more threatening at the moment. For Bangladesh, if they can grab some early wickets, it will be interesting to see how the hosts go here as the team has an unexposed lower-order.

According to Kheltalk’s NZ vs BAN Dream11 toss prediction, NZ will win the toss and ask BAN to bowl first. Most of the teams that win the toss here will prefer to bat first because of the conditions. Batting second gets difficult because the condition tends to slow down.