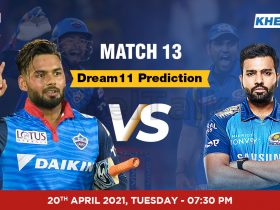 According to OEI vs MD Dream11 Prediction for Today’s Match Fantasy Cricket, Oeiras CC will take on Miranda Dragons in the 19th match of the ECS T10 Portugal on Thursday, 15th April, at the Estádio Municipal de Miranda, do Corvo, Keep reading to find out about the ECS-T10 Portugal Match 19 OEI vs MD Dream11 team today.

In order to seal the top spot on the points table, Oeiras CC will square off against Mirana Dragons in their next two fixture of the Portugal T10. Talking about, Oeiras CC, they have won four games out of six. On the other hand, Miranda Dragons have struggled with their form in the tournament.

The Dragons at present are at the 5th spot with just one win in their four games. Dragons have a hard job here as they will be meeting the toughest opponent of the tournament. Let’s see what happens.

Here are the stats for the teams OEI vs MD

The surface at Estádio Municipal de Miranda do Corvo has been supportive to the bowlers and wickets tend to get slower as the match progresses. The team winning toss is likely to bat first at this surface.

Comparing both the teams, boast a power-packed batting unit, so make sure you pick more players from the side. Go with the combination of 7:4.

Dragons need to strengthen their middle order and bowlers must keep their line and length tight so that the oppostion doesn’t get many chances to hit the ball.

Oeiras looks in tremendous form and will surely notch the top spot after these two games on Thursday. They are likely to dominate from the start.

Krut Patel is the leading run-getter for Oeiras CC. So far, he has hammered 97 runs in five innings at an impressive strike rate of 134.72. He has got five maximum off his bat, don’t miss him out.

Ibrahim Mohammad has chipped six wickets for Dragons in four matches. Also, he didn’t concede a lot of runs in his spell and has an economy of 5.62.

Conrad Greenshields has scored 61 runs off five innings at a strike rate of 141.86 including six sixes and has 9 wickets to his name. One of the best all-rounders, the tournament has seen.

Sunil Kumar has also been lethal with the ball. Playing six games, he has six wickets to his name at an economy of 3.50. Best choice as captain.

Who Will Win Today Between OEI vs MD Dream11 Prediction, 19th Match?

According to Kheltalk’s astrology OEI vs MD Dream11 match Prediction, the OEI will win the match. Oeiras CC looks way too ahead when compared with Miranda Dragons. Having an upper hand in all the departments, they won’t let the opposition dominate the game anytime.

According to Kheltalk’s OEI vs MD Dream11 toss prediction, OEI will win the toss and will opt to bat first as the chase gets a bit difficult at this venue.