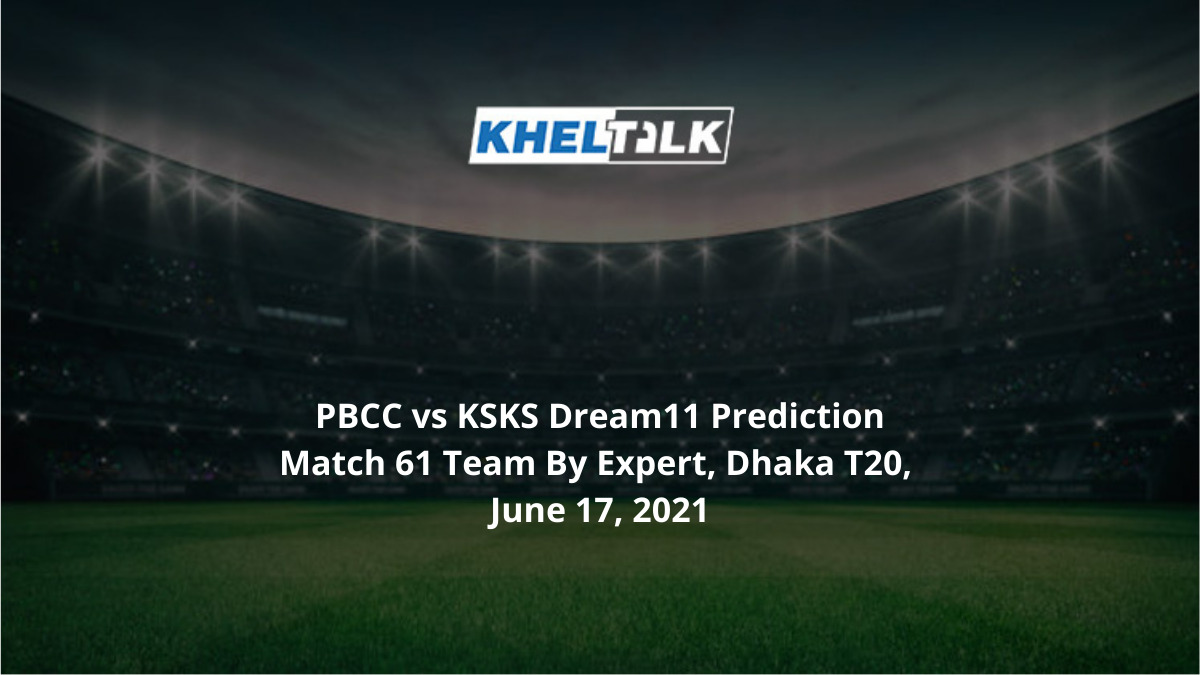 Khelaghat Samaj Kallyan Samity will have a lot of work to do today as they take on the table toppers, Prime Bank Cricket Club. The team so far has had their moments but is a bit inconsistent, something, that had affected them throughout. They have won four matches from their nine outings and have lost five. They are currently at the 8th spot in the points table and a win here will take them to a spot higher in the table.

On the other hand, Prime Bank Cricket Club will look to continue their momentum as they enter their 11th match. They have won eight matches so far and have lost only two. Their losses came against Abahani Limited a couple of nights ago and against Mohammedan Sports Club at the beginning of the tournament.

This is a good batting pitch compared to what we have seen at the other two venues. The average first innings score at this venue in this tournament is 167. The highest score is 183 by Abahani Limited against Prime Bank Cricket Club. The last four of the five matches went to the team batting first.

According to the forecast, we are likely to have thunderstorms on Thursday. There is an 80 percent chance of rain and the match is likely to be interrupted by the same. The temperature will be around 27 degrees Celcius during match time and is likely to get better for the day.

The team needs something special today to defeat the top team. They do have star players in their line-up but their form is a bit of concern at the moment. All eyes will be on Khaled Ahmed who has been outstanding with his bowling so far. The team does have good batting strength in the form of Jahurul Islam, Imtiaz Hossain among others.

The team is in good form at the moment and are unlikely to make any changes to the line-up. The stalwart Tamim Iqbal will lead the batting attack while Shoriful Islam will lead the bowling attack today. Apart from these two stars, there are a lot of players who stood up for the team unlike the other teams in the competition and that is one reason why the team has been very successful here.

Tamim Iqbal’s experience makes him one of the best choices for the captain in the fantasy side. He so far has scored 297 runs from his 10 outings with the strike rate close to 120 and has the best of 55. He is likely to score at least 30 to 40 runs today.

Mehidy Hasan Miraz’s ability to contribute from both fronts makes him an excellent choice for the captain. He so far has picked up seven wickets while giving away 6.33 runs per over and also has 191 runs to his name.

Mustafizur Rahman could prove vital in this contest. He is in good form with the ball and has picked up 13 wickets from his seven innings. He also has a five-wicket haul in this tournament and is likely to pick up at least a couple of wickets today.

Masum Khan averages close to 31 in the tournament so far. He has scored 151 and has a strike rate close to 165. He will roll his arms for a few overs here and so far has picked up six wickets while giving away 8.50 runs per over.

Rony Talukdar has a strike rate close to 138 and is in good form at the moment, has an average close to 24 in this tournament so far with 237 runs to his name.

With 16 wickets to his name, Khaled Ahmed is just too good to be ignored. He also has an economy rate lesser than seven and is likely to dominate here.

Who Will Win Today Between PBCC vs KSKS Dream11 Prediction, Match 61?

According to Kheltalk’s astrology PBCC vs KSKS Dream11 match Prediction, Prime Bank Cricket Club will begin this contest as the favorites and they will look to extend their stay at the top with a win here. However, they cannot take the KSKS team lightly because of their ability to spring surprises.

According to Kheltalk’s PBCC vs KSKS Dream11 toss prediction, PBCC are likely to bat first here. Since most of the recent matches went to teams that batted first, most of the teams will prefer batting first here. Anything over 180 is an excellent score.