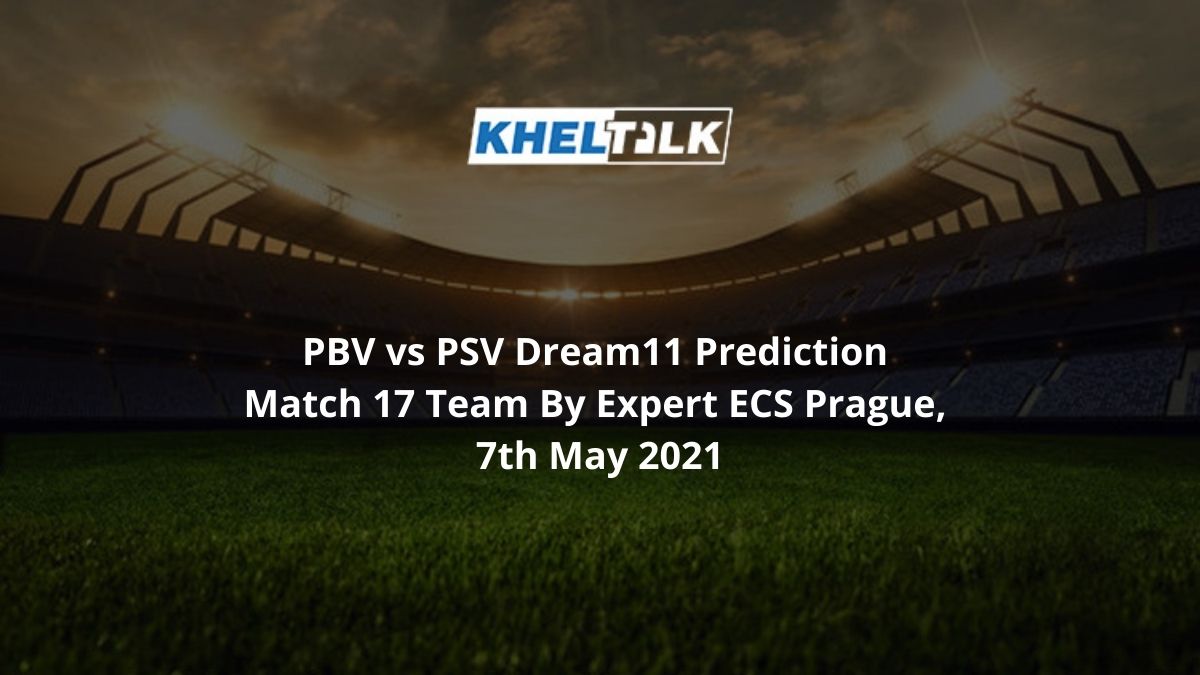 Two Group B table-toppers will lock horns against each other in the next fixture of ECS, Prague 2021. Talking about PBV, they opened their campaign with a comprehensive win against Prague CC Rocks by 9 wickets. The same day, they had another task against United CC, even that particular game they won by 8 wickets.

On the other hand, Prague Spartans Vanguards started their campaign with a win against Prague CC Rocks, followed by Golden Ball win in a tied game against United CC.

The surface at Vinot Cricket Ground has been assisting both batsmen as well as bowlers. However, bowlers will have an upper hand at this venue. The average inning score here is 75 and 80 % of matches have been won while chasing.

The temperature is expected to hover around 12°C on the matchday with 46 % humidity and 16 km/hr wind speed. There are 18 % chances that rain could intreupt the game.

Top-order looks in tremendous form as they are not letting the pressure on anybody else. Even bowlers have been lethal. No changes are expected.

Prague Spartans Vanguards will step up making no changes to their playing 11. Their quality batsmen and bowlers have been consistently performing for the side.

Sabawoon Davizi has hammered 46 runs in two innings along with three wickets to his name at an economy of 4.66.

Muralidhara Vandrasi has troubled the top batsmen with his variations. In two innings, he has chipped four wickets at an economy of 4.00.

Satyajit Sengupta has been consistent with the bat and has hammered 58 runs in two innings at a strike rate of 165.71. He even has one wicket to his name.

Arman Bhuiyan is the go-to bowler who has four wickets in two games at an economy of 6.25. Arman Bhuiyan will surely help you earn points.

Who Will Win Today Between PBV vs PSV Dream11 Prediction, Match 13?

According to Kheltalk’s astrology PBV vs PSV Dream11 match Prediction, Team PBV will win the match. Both the teams are in superb form but PBV is stronger on papers with more quality players on the side. They are the favorites to win the game.

According to Kheltalk’s PBV vs PSV Dream11 toss prediction, PBV will win the toss and will opt to bowl first. Well, most of the games have been won batting second here.