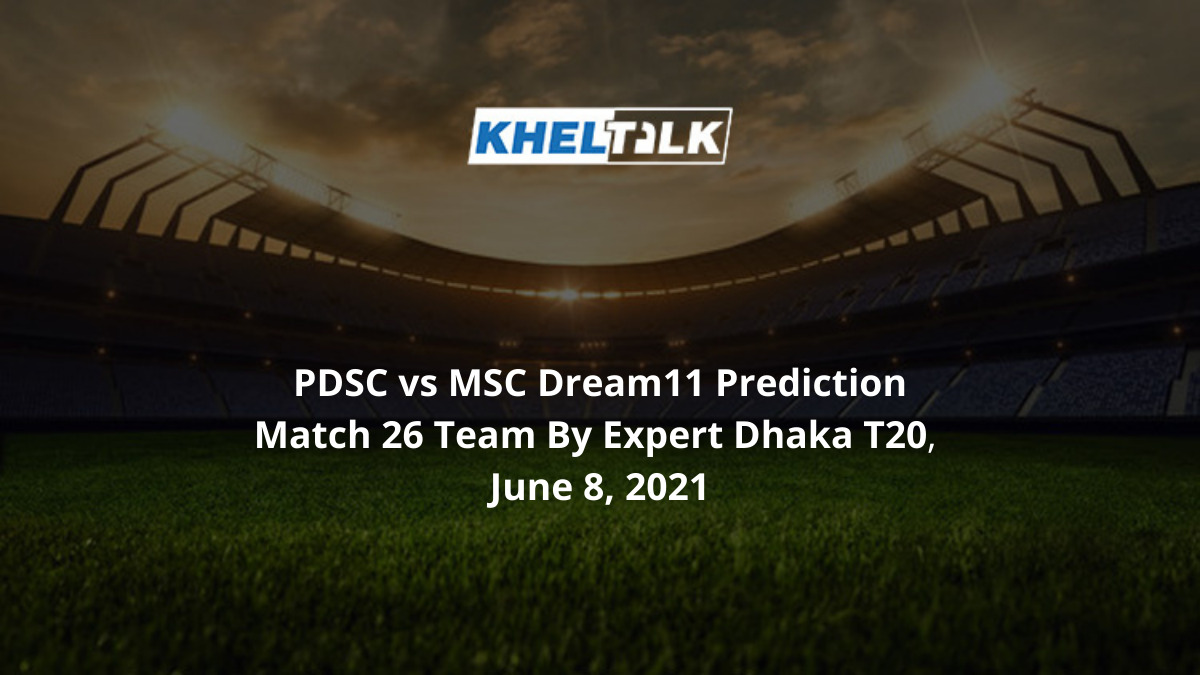 Mohammedan Sporting Club is one of the best teams in the tournament so far and are unbeaten at the moment. They have won all their three matches and are at the 2nd spot in the points table. However, all their three wins came in a thriller, which, in a way, has affected their net run rate.

On the other hand, Prime Doleshwar Sporting Club are also having a good tournament at the moment and are likely to put up a good fight here. They have won two matches and their match against Brothers Union was abandoned due to rain. They have a good net run rate and if they win today, it will take them to the 2nd spot in the table.

There is a high chance of rain on Tuesday. According to the forecast, there is going to be a thunderstorm and there is a 60 per cent possibility of rains here. The temperature is likely to be around 27 degrees Celcius for the most part of the day.

Both teams have done well while chasing the targets. Thus, make sure to pick more players team based on that and also, it is good to go with more all-rounders and bowlers here.

The team is in good form at the moment and are likely to put up a good fight here. Saif Hassan has been the star performer with the bat while Taskin Ahmed has done well with the ball so far. The team also has some of the international stars like Shakib Al Hasan who is yet to play a big knock here.

If not for the rain against Brothers Union, the team would have won all their three matches and they would be leading the points table now. However, they are currently at 3rd spot and a win here can push them a spot higher. All eyes will be on Rejaur Rahman who is in good form with the ball.

Shakib Al Hasan needs no introduction and is one of the most picked players for the captain in the fantasy side. He so far has five wickets in the tournament while giving away 6.33 runs per over. He also has managed to add 49 runs from his three innings.

Taskin Ahmed will lead the bowling attack for his team. He is the leading wicket-taker for the team MSC and has played only two matches so far. He has picked up five wickets with the best of 3 for 15 while giving away just 6.40 runs per over.

The main reason for Prime Doleshwar Sports Club’s success is the current form of Rejaur Rahman. He is bowling well, has picked up six wickets while giving away just 4.93 runs per over. He has the best of 2 for 22.

Since Shamim Patwari can contribute from both fronts, he is one of the top picks here. He has 63 runs from his three innings with a strike rate close to 137. He also has managed to pick up four wickets while giving away just 5.55 runs per over.

Wicket-keepers: I Uzzaman, I Sukkur

Who Will Win Today Between PDSC vs MSC Dream11 Prediction, Match 26?

According to Kheltalk’s astrology PDSC vs MSC  Dream11 match Prediction, Team PDSC is likely to win this match. Both teams are in good form at the moment and this match is likely to go down the wire. PDSC is likely to end up on top because the team has more match winners and doesn’t depend on any single player.