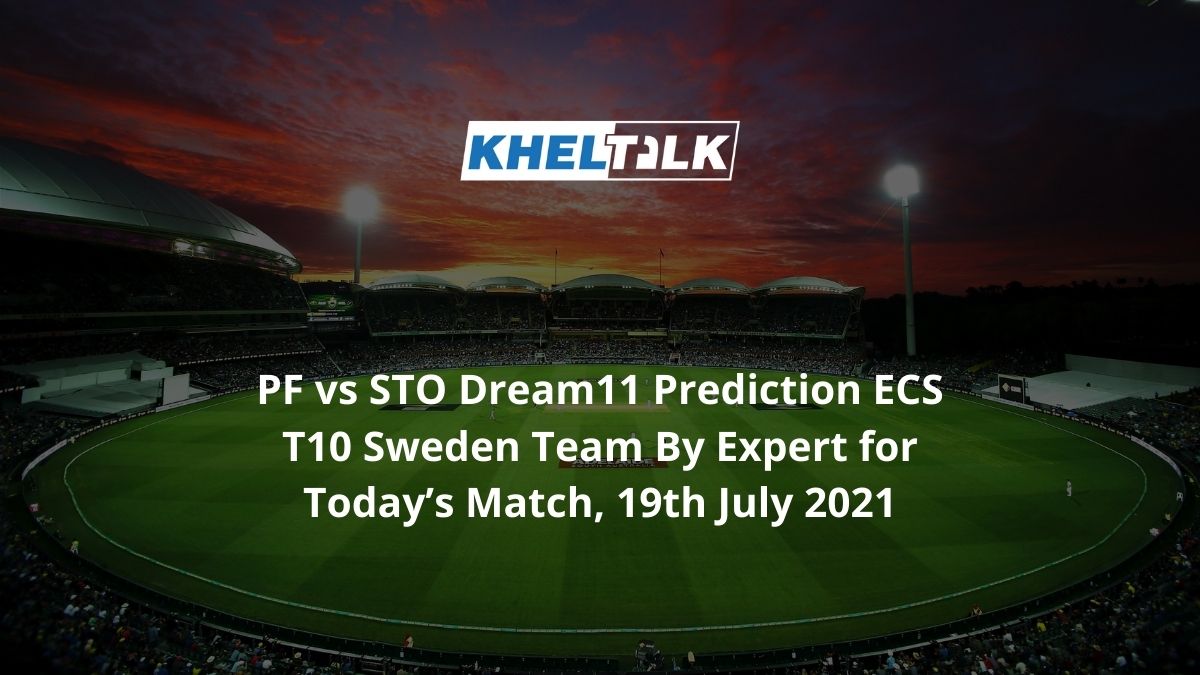 Pakistan ka Forening was the best team in the last edition. They were unbeaten throughout the tournament and won the last edition as well. They also were the champions of the Swedish Superettan One Day Series in 2018 and also won SCF One Day Championship back in 2003, 2004, and 2005. Though a few players have moved to different places now, the team is still one of the top contenders for the trophy.

Despite being the oldest team in the League, the STO hasn’t been impressive. They ended the last edition at the bottom of the table and will look for a fresh start here.

The pitch here is usually easier to bat and there will be something for the spinners too. Most teams will prefer chasing here as the pitch remains the same throughout the game.

The weather will be on the Sunnyside today. The temperature will be around 14 degrees Celcius according to the forecast. While there is no chance for rain, it might get colder during the second half of the day.

Karthik Jayachandran will lead the batting attack here. He has vast experience and he needs to go well in this contest in order to the Stockholm team to stand a chance in this contest. The team will be looking for contributions from Goutam Ramamurthy as well. The all-rounder will hold the key here.

They are the best team in this competition and will begin this contest as favourites. Bilal Muhammad is the player to watch out for in this team. They have the strongest bowling attack too.

Khalil Jalali could be the difference between two teams in this contest. He is an excellent all-rounder and is likely to bowl his full quota here. He will be batting in the middle order as well.

Aljabbar Hussain has been one of the key performers for his team for a long time now. One can expect him to give his team a brisk start here. He is likely to deal with boundaries which will come in handy for us.

Sameer Ali Khan was one of the star performers in the last edition. He had managed to score 106 runs in five innings in the previous edition and will be one of the players to watch out for here.

Bilal Muhammad will lead the bowling attack for PF here. The skipper was the leading wicket-taker in the last edition and he ended up with eight wickets at an economy rate of 5.75.

Karthik Jayachandran is the all-time leading run-scorer for Stockholm Cricket Club. He has been around for a very long time now and will hold the key in the batting order of the team.

Avinash Upadhaya is in excellent form at the moment and is the leading wicket-taker for the team since 2019. He has picked up 29 wickets in these two years and is useful with the bat too.

Batters: I Din, A Hussain, A Tiwari

Batters: I Din, A Hussain, A Tiwari, K Vats

Who Will Win Today Between PF vs STO Dream11 Prediction, 3rd match?

According to Kheltalk’s astrology PF vs STO Dream11 match Prediction, Pakistanska Forening will begin this contest as favorites. The defending champions are looking better in all aspects compared to Stockholm Cricket Club and thus, they will be looking for a big start here.

According to Kheltalk’s PF vs STO Dream11 toss prediction, Pakistanska Forening will win the toss and will opt to bowl first here. Since the pitch will not change much for the second innings, they are likely to chase here.