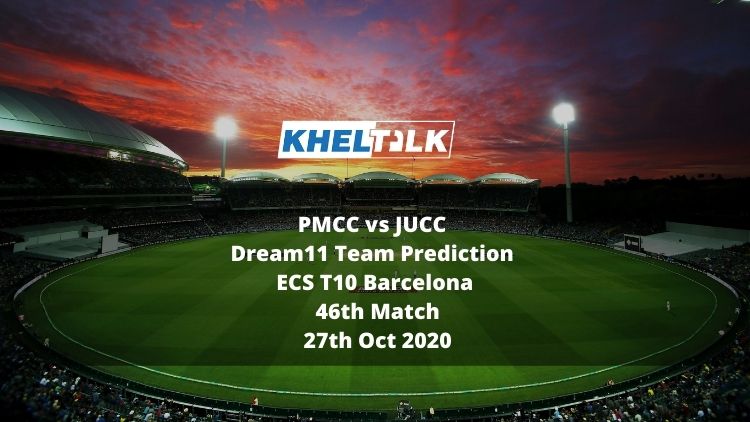 Pak Moncada CC and Joves Units CC would square off in the 46th fixture of ECS T10 Barcelona on 27th October. Well, Pak Moncada has been in splendid form, while Joves are yet to show their class. With three wins from four games, Pak Moncada grabs the third spot, while Joves Unit sits at the bottom with just one victory in their pocket. The match is scheduled to be played at Montjuic, Barcelona.

Pacers will enjoy bowling at this surface but must stay careful as the pitch offers some advantages to the batsmen. Again, spinners will have to work hard to chip wickets here.

T ul Mazhar has scored the highest run (74) for his team in three-inning at an average of 37.00 and a strike rate of 139.62. He is one reliable asset that you can play your game on. Don’t miss him out.

Farrukh Sohail can be an ideal captain option as he has delivered with both bat and ball. Scoring 93 runs at a strike rate of 143.08 in three games, also chipping four wickets at an economy of 6.71. He must be your primary pick.

Mohsin Ali has scored maximum runs for Barcelona Eagles. Hitting the ball at a strike rate of 201.89, Ali added 107 runs in three innings at an average of 35.67.

Babar Bashrat has chipped four wickets in three innings for Joves. Although he hasn’t been economical with the ball, he is capable of getting wickets in need of an hour. So, don’t miss him out.

PMCC vs JUCC Dream11 Prediction: Who will win the match

Without a doubt, PMCC would snatch a victory here from underdogs Joves Unit CC. They lack in form and confidence, which turns out an advantage for PMCC. So we bet Pak Moncada CC to register a win here.