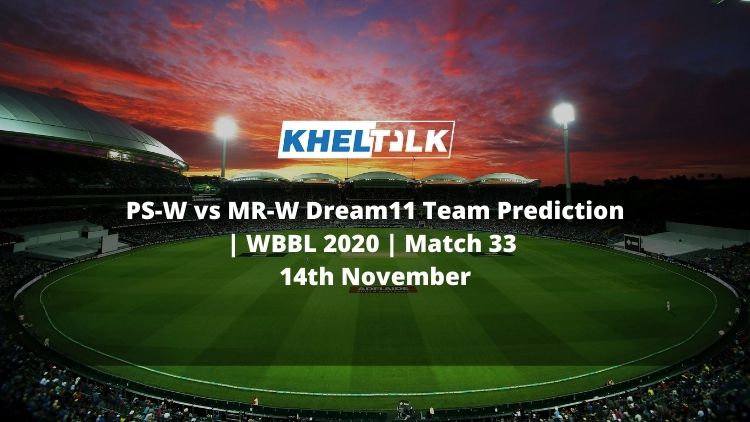 Melbourne Renegades and Perth Scorchers will lock horns in the next fixture of WBBL 2020. Talking about Renegades, they are struggling to make an impact in the tournament, with just one win from 8 games, they sit at the bottom of the table, while Scorchers are slowly and gradually are improving their position. Currently, they have won three out of eight games. So let’s look at the PS-W vs MR-W, Match 33 Dream11 Team Prediction, Top Captain & Vice-Captain Picks, Head to Head, Grand League, and Fantasy Tips.

T Peschel is the highest wicket-taker for the side with 7 scalps in 7 games at a decent economy of 5.96. Don’t miss her out, she can one reliable bowler Scorchers claim.

S Molineux has been chipping wickets for Renegades with 8 from 7 games. Keeping ger economy of 6, she is expected to keep it tight again for the opposition.

PS-W vs MR-W Dream11 Prediction: Who will win the match

Looks like, Perth Scorchers have started to settle down the sand and are back in form. Having a better line up, they will notch a victory here.