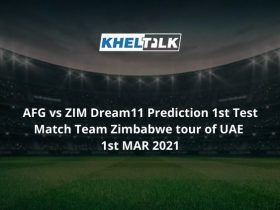 This will be the third game for BRD and currently they are played third at the points table, they are yet to open their account. Before squaring off against PSM, BRD have matches against the team Bohemian CC & Prague CC Kings on May 05th at 04.30 PM & 06.30 PM.

On the other hand, PSM will be playing their fourth game and they are at the fifth spot at the points table and are yet to open their account as they have lost all the three games they have played so far

The surface at Vinor Cricket Ground has been extremely supportive to the batsmen and even pacers will get a bit of assistance in the early stage of the game. The average first inning score at this venue is 92 and 50% of the games here have been won while chasing.

The temperature is expected to hover around 11°C on the matchday with 41 % humidity and 31 km/hr wind speed. There are no chances of precipitation during the game.

All the last three combinations haven’t got them success. They would surely come up with few changes for this game as well. Al Mahmud can come in place of Kapil Kumar

They are currently playing Bohemian CC, they have a strong lineup and would step up without changes if they win this game today.

Arun Konda has hammered 42 runs in three innings at a strike rate of 123.52 including four fours and 1 six. He can be impactful again.

Vaibhav Naukudhar has scored 67 runs in three innings at an average of 22.33 with a strike rate of 155.81 including 8 fours and three sixes.

Prasad Ramachandran has been a bit expensive with the ball but he has got chipped three wickets bowling just three overs. Don’t miss him out.

Ashish Matta is one reliable player in the Raider Squad. He is good with the bat and can score in every corner. Coming to top the order, he can is likely to give a good start to his side.

All-rounders- A Kumar Vasu, A Konda, A Muhmad

All-rounders- A Kumar Vasu, A Konda, A Muhmad

Who Will Win Today Between PSM vs BRD Dream11 Prediction, Match 13?

According to Kheltalk’s astrology PSM vs BRD Dream11 match Prediction, Team PSM will win the match. Although PSM has lost back-to-back games, however, they have some star players in their squad who will surely turn up soon.

According to Kheltalk’s PSM vs BRD Dream11 toss prediction, PSM will win the toss and will opt to bowl first. Well, most of the games have been won batting second here. 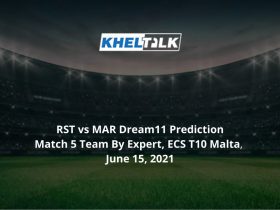 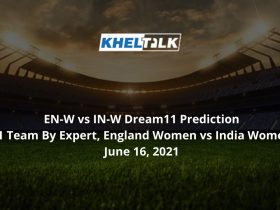