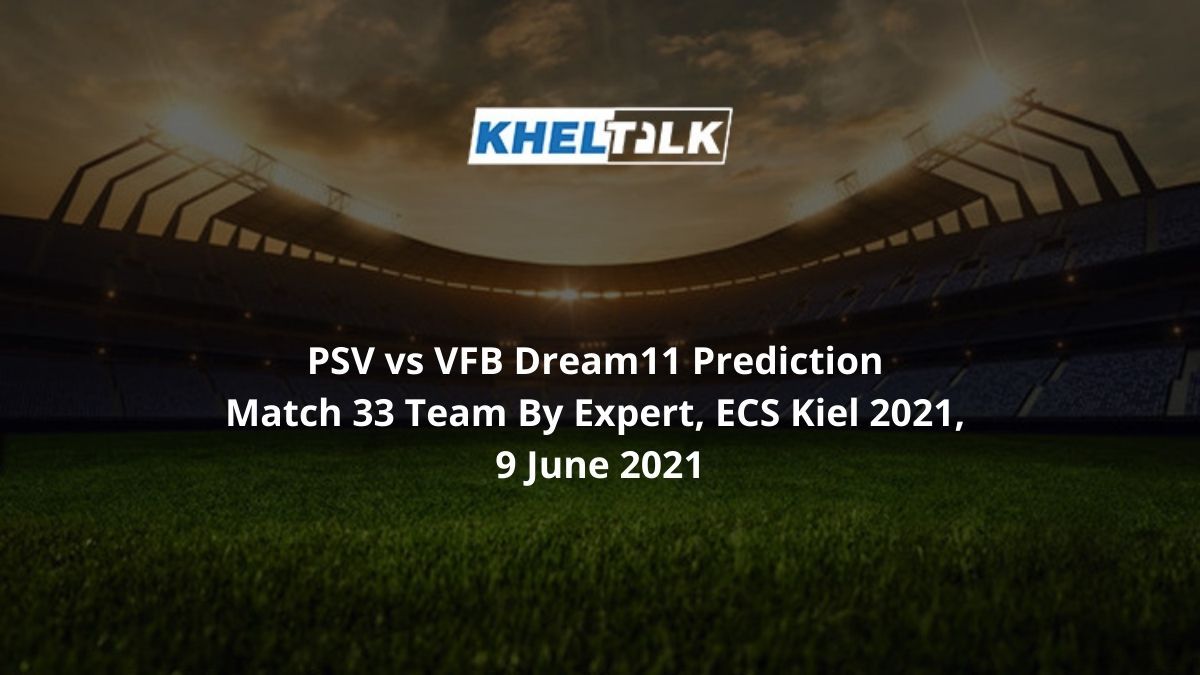 PSV Hann Munden will be playing their first match on 8th June and they will go on to play four consecutive matches. While others have played at least three matches, PSV will be opening their account pretty late.

PSV is one of the top contenders for the trophy here. In the last ECS Tournament, they had won four out of their five league matches and were able to reduce the champions KSV for just 53. However, the latter went on to defeat the team in the semi-final and went on to win the last edition.

On the other hand, VFB is having a decent tournament so far, they have won two out of their five matches. They are currently at the 3rd position in the Group B points table. A win here will take them to the second spot.

We will witness a cloudy day on Wednesday at Kiel. There is a 20 percent chance for rain but it is likely to alter the result of the game. The temperature will be around 21 degrees Celcius and the humidity will be around 55 percent.

Comparatively, team VFB is preferred here as they know the conditions better. More number of all-rounders can prove vital in this contest.

After a poor start to the tournament, the team has managed to bounce back and to win back-to-back matches. They will be eager to add more wins to the tally as it will take them a spot higher in the points table. Vedant Shetye has been the star performer for the team so far.

The team has some of the well-known T10 players in their line-up, including Sajed Jabarkhel, Amin Zadran, Omedullah Safi, Wahid Muhammad among others. On papers, the team look good and it will be interesting to see how they go here.

Sunny Rai has contributed from both fronts and can be trusted with the captaincy. With the ball, he has picked up five wickets while giving away just 10.85 runs per over. With the bat, he has scored 61 runs while striking at 124.49.

Yogesh Pai is yet another player from the VFB team who can be useful with both bat and ball. With the ball, he has picked up four wickets while giving away just 9.37 runs per over. However, he is yet to perform big with the bat.

Gulraiz Mustafa is an experienced candidate who is in good form with the bat. In the last year’s ECS T10 Tournament, he ended up scoring 35 runs with the best of 31 from his four innings. He also had a wicket in that competition.

Amin Zadran will be leading the bowling attack of the team here in the absence of a few of the star players. In the last year’s tournament, he ended up grabbing four wickets with the best of 2 for 2. He had an economy rate close to 12.

Awal Safi is an important pick from PSV line-up. In the last year’s competition, he ended up picking eight wickets to this name and also was useful with the bat.

Sajed Jabarkhel is more of a trump card here. The youngster is an attacking batter but is highly inconsistent. It will be interesting to see how he goes here.

Who Will Win Today Between PSV vs VFB Dream11 Prediction, Match 33?

According to Kheltalk’s astrology PSV vs VFB Dream11 match Prediction, Team PSV is likely to win this contest. While VFB is currently in good form, PSV has a strong line-up and they are likely to begin this contest as favorites. Nevertheless, this match will be a close one.

According to Kheltalk’s PSV vs VFB Dream11 toss prediction, VFB is likely to win the toss and opt to bat first here. Though most of the teams have preferred batting second, VFB have won matches while batting first and thus, they might prefer the same here.