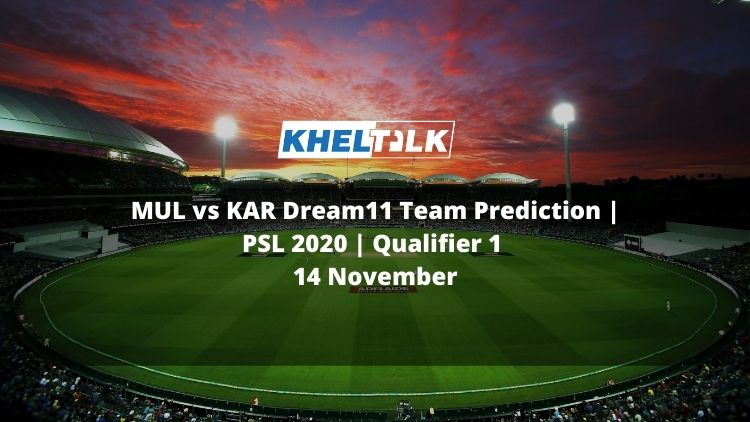 This means we are likely to have a result in this contest, something the table-toppers Queensland will be looking forward to, especially, after their last match which lasted only for 70-odd overs before being abandoned due to rain.

A win here will help Queensland to stay at the top and would enjoy hosting New South Wales, who are currently in the second position and are very close to moving to the top.

On the other hand, bottom-placed South Australia, they are currently looking for inspiration elsewhere and has brought in uncapped Sam Kerber who had a good premier cricket season.

Here are the stats for the teams QUN vs SAU:-

This is the first match at this venue for Australian senior domestic cricket. Going by what we have seen in the premier cricket level and junior cricket, one can say that the pitch assists the batters more. There will be something for the pacers as well, thanks to the patches on the pitch. However, the batters will dominate in this contest and we can expect at least 300 runs for the first innings.

The forecast doesn’t look great for the first two days of the contest. There will be rains and thunderstorms but considering the better drainage system at this venue, we can expect at least a few overs. The weather gets better on Friday where we can expect a full three-session to happen without any rain interruption.

This is a no-brainer. Queensland is the best team in the competition and South Australia are currently at the bottom of the table. So, a combination of 7:4 will prove vital in this contest.

When these two teams met earlier in the contest, Queensland came on top with ease; had three members of the team scoring ton. With the ball, Mitchell Swepson did all the damage and ended up with eight wicket-haul.

The team has brought in Billy Stanlake into the squad in place of Mark Steketee, who recently picked up an injury. All eyes once again will be on Marnus Labuschagne and Usman Khawaja, who, of course, doesn’t need any introduction.

Apart from all obvious names, Brendan Doggett has been an underrated performer so far in the tournament for Queensland. One must keep an eye on him as well. Queensland has several options available in their dugout and they might look for a couple of changes in the game against South Australia.

The team is desperately in need of a win here after losing multiple contests in a row. On papers, the team do have some of the best players in the world, including Head, Carey. However, they are yet to find the right balance and their bowling has been their drop point. Must they win this game, the team once again will be turning to Sayers who has been the team’s best bowler in this tournament.

The team has added Wes Agar to the squad after his recent performance in the club cricket where he had a 10-wicket haul last week.

Here are a few predictions for the captain pick for the QUN vs SAU clash.

The South Australia skipper Travis Head has been the lone warrior for the team. He is batting as if he is playing on a different planet than his teammates and has 801 runs with an average of 72.81 from his 12 innings in the tournament so far. The second-highest scorer in the team is Hunt with just 462 runs. This number certainly speaks for itself.

Marnus Labuschagne literally eats runs for survival. This is in fact a no-brainer and we did see him dominate even in the Bordar-Gavaskar trophy. The all-rounder is the leading run-scorer for Queensland at the moment and has 517 runs with an average close to 63 and also has two tons and as many fifties in the tournament. He will be rolling his arms for a few overs which will come in handy in this contest.

The Queensland skipper Usman Khawaja is having an excellent tournament so far but certainly is overshadowed by the over-achiever Labuschagne. With two tons to his name, Khawaja’s record stands at 386 runs from 8 innings with the best of 131. He was one of the three players who had a ton when these two teams met earlier in the tournament, he will be keen to carry on the same form here as well.

Matt Renshaw has dealt with boundaries more than anyone else in the team. He has six sixes in the competition and also has the best average in the team. With an average close to 75, Renshaw has gathered 437 runs to his name with two tons in the tournament. He also has bowled a few overs here.

The Australian wicketkeeper Alex Carey has been struggling with the form lately. Though he did show a glimpse of form in a few matches, he isn’t performing up to his standards. Having said that, he has the ability to turn things around with ease and this could be his day. He so far has 252 runs from 4 innings.

He could be the game-changer in this contest and is very capable of producing early breakthroughs. With 13 wickets to his name, Wildermuth has been Khawaja’s go-to man in the tournament. He is also an excellent batter who averages close to 28 in the tournament.

Here is the Dream 11 Team prediction for QUN vs SAU. We are going with players who are currently in good form and can win the match with ease.

Head To Head Team For New Queensland vs South Australia

Who Will Win Today Between QUN vs SAU Dream11 Prediction, Match 20?

According to Kheltalk’s astrology QUN vs SAU Dream11 match Prediction, QUN will win the match. Queensland has been the best team in the tournament and undoubtedly, they will begin this contest as the favourites. On the other hand, South Australia will be hoping that their deadly duo of Alex Carey and Travis Head come good in this contest, something they need desperately. A win here for South Australia might push Queensland down to number two in the points table.

According to Kheltalk’s QUN vs SAU Dream11 toss prediction, QUN will win the toss and will opt to bowl first. No matter whoever wins the toss here, they are likely to bowl first because of the climate. The rain is on cards for the first two days and the climate will provide some assistance for the pacers.